Difference between revisions of "Boeing 777-300"

These liveries are also available at United Free World 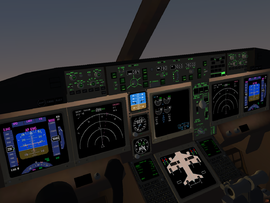 For version 2.0, an updated version is available.


3. jettisonning fuel
a) just press the JETTISON ARM button, its hidden behind some knob in the right part of the OH panel, go to 0. a) if you cant find it
b) monitor the fuel levels, press the button again to stop the process. (jettisonning will automatically stop when theres ~1000 gallons in each tank)
c) fuel flow is 30 gallons per second.


4. using the crossfeed (XFEED VALVE/PUMP)
a) enable FWD xfeed pump and AFTER IT enable AFT pump. if you mess this, it wont work and you will have to repeat.
b) watch the fuel indicators on the eicas as the fuel level gets equalized in both tanks, left and right.
c) fuel flow is set to 4 gallons per second. 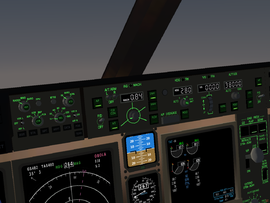