The brand new Visual Editor makes editing the wiki as simple as using a Word-processor, and even easier than using the forum as you don't even need to know the syntax for a url. Just hit the 'edit' link and start.

The current plan for 2020.3.7 LTS is to do an experimental 1st rollout of OSM2City buildings, roads and other objects for the entire world. Objects that are in the Open Street Map (OSM) database will be present. Automatic generation of areas without objects is disabled for this release.

2020.3.7 release candidates have been built and are available at http://download.flightgear.org/builds/rc/ 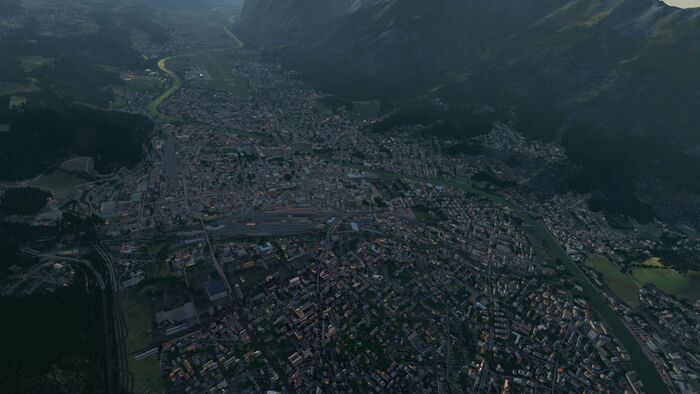 See the January newsletter for details on some of the big projects that are currently under way.

Nightly builds with some of the big changes are available at download.flightgear.org as usual.

StuartB has implemented the 1st iteration of roads, railways, canals, and rivers for WS3.0. A new version of the example scenery around EGPH has been released by StuartB - download. See the January newsletter for instructions. The new approach will currently allow control of ranges at which different details become visible - for example major roadways and big rivers can become visible from far away. This is currently set from the property browser under /sim/rendering/static-lod/ . The intention is to improve performance at high altitudes.

OSG 3.6 or 3.7 is needed to view WS 3.0. It needs a self-build of FG and is not available on Windows nightlies yet due to the OSG text issue .

FGCom-Mumble aims to provide a mumble based FGCom implementation. This will simulate radio communications in a seamless frequency spectrum. The project aims to be easy to use: Pilots just install the plugin, open mumble, join a channel on a mumble server and start using their radio stack in Flightgear.

. Releases can be downloaded from GitHub. The project also has a flightgear wikipage: FGCom-mumble

This release fixes some mumble client freezing issues that popped up with more recent versions of the mumble build. The FGCom-mumble wiki page now also contains links to windows snapshots; so windows testing is as easy as a download, copy two files and enjoy.

Currently, a 32bit windows build is in the works (testing this build is the last thing missing here). Also some experiments with jSimConnect are underway.

BeniH had a close call while doing the Suggested_Flights#Searching_Wizard_Island trip from the suggested flights page. The flight report is here: https://forum.flightgear.org/viewtopic.php?p=381482#p381482

Thanks for reading FlightGear Newsletter February 2021!