NVIDIA and AMD drivers have an additional option for transparency anti-aliasing (called adaptive anti-aliasing by AMD) that is helpful for use with overlays.

Try turning anti-alising higher than what you would normally use if your FPS is limited by your CPU, or if you have more FPS than you want. Anti-aliasing only needs GPU time, it doesn't need extra CPU time. 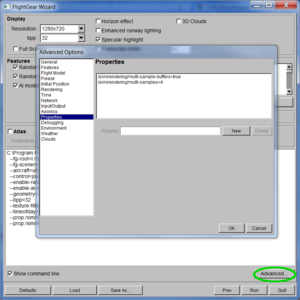 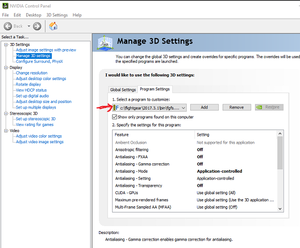 The driver control panels for NVIDIA and AMD support enhancing settings beyond what applications allow. You can use this to override Flightgear, or if you want a GUI interface (Feb 2021).

Tip: In Windows at least can have different settings for different programs by selecting the executable path e.g. C:\Program Files\FlightGear\bin\fgfs.exe . If you are a power user using multiple installations of FlightGear side by side, You can have different settings for different version of FlightGear installed in parallel. You can also have different profiles by copying the \bin folder to \bin2 e.g. C:\Program Files\FlightGear\bin2\fgfs.exe, and use a copy of the shortcut pointing to the new fgfs.exe (otherwise you may need to add any command-line options like --launcher that is already included in the default shortcut created by the installer). 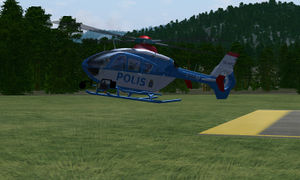 Transparency anti-aliasing can take up a lot of GPU time. This is in addition to overlays being a demanding on the GPU. Anti-aliasing and overlays don't need extra CPU time, and you can try turning them up if you are CPU bound, or your GPU has FPS to spare.