To confirm that it's working, you can go to the multiplayer map at http://mpmap02.flightgear.org/ (in Hong Kong). Once FlightGear has started, you will notice chat messages that say "Hello" indicating pilots that are online. They will also pop up when a pilot joins the MP network. You can change this message by add command line option, e.g.: 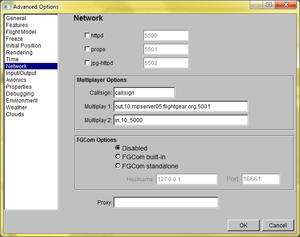 Obviously, --callsign can be anything you wish but it must be limited to 7 (seven) characters in length counting any dashes. If your callsign is too long, it will be cut off in the various displays where it is shown. Generally speaking, callsigns are of the form X-XXXXX. Check this page to see whether your callsign is already in use or not. Do not pick a callsign that is already used, as that will create problems! Please don't leave your callsign as "CALLSIG".

There are four arguments to --multiplay:

If it's still just not working for you, ask nicely on the IRC channel or the forum

and someone should be able to assist. 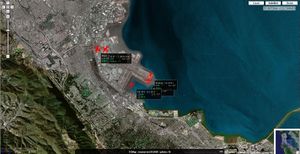