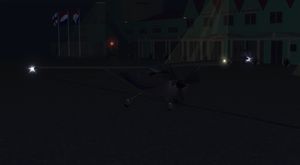 Thorsten has been working on the implementation of a new framework for aircraft lights for the Atmospheric light scattering rendering engine. Instead of creating the lights (Beacon, navigation lights, strobes, etc.) via a billboarded emissive texture, these lights are generated procedural.

The big advantage of procedural lights is that they can be directional and change their appearance with changing ambient light, which the traditional lights cannot do.

Note that procedural lights do not work for Rembrandt and the default rendering engine.

The development version of the Space Shuttle contains now code to simulate approaching and docking with the International Space Station (ISS). 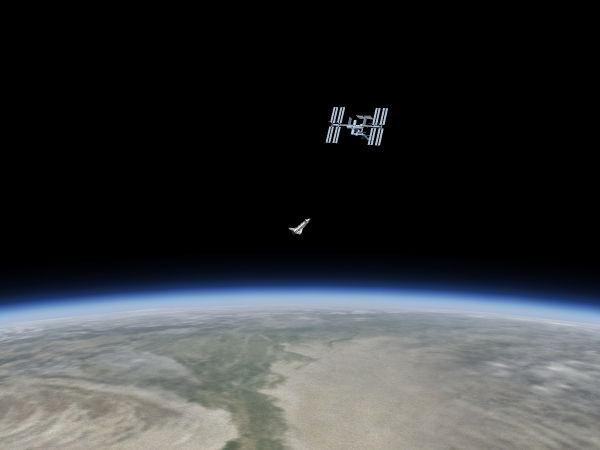 The implementation involves the actual Shuttle avionics displays and requires proper application of state vector management using the sensors (e.g. the ranging radar) - for a tutorial see the wiki.

Currently ISS is represented by a rather coarse, untextured mesh - a textured model with better resolution would (obviously) be a valuable addition. 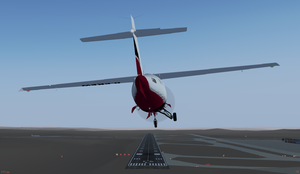 The Extra EA-500 recently received a few more features for you to enjoy.

The first is a failure manager with user interface. It will let you produce and repair failures in various aircraft systems. For instance, a jammed landing gear leg or a leaking fuel tank.

The second one is an alternative pitch control system. It is intended for joystick users and is toggled on/off with Ctrl+f. In this mode the joystick position controls the pilot force on the yoke, not the position. It fixes two issues:

The icing on the cake

The third feature is icing. Now your aircraft can ice up with all the bad things accompanying that (so the above statement "to enjoy" is not quite valid here). Your engine might fail or your horizontal tail might stall among other things. So from now on you need to be aware of icing and take the appropriate counter measures.

This latest version is available in FGaddon or alternatively download (for FG version 2016.1 and later).

Have a safe flight!

New tower and terminal models have been added to, amongst others, the following airports:

You can obtain the models through TerraSync.

Tips and advice for novices

Some days ago an user presented a livery for a model of a BK 117 helicopter in the forum. Looked great, really. Unfortunately the author of this helicopter model (and also of this text) decided to remake the 3D model already two years ago. He found more detailed drawings and errors on the 3D model. Due to real life the author didn't manage to finish it yet. But anyway - the uvmapping and with that liveries made for the old model will not work. And the author has already a 3D cockpit in the pipeline....

What does this teach us?

The common saying "Release early, release often" in developing programs doesn't work all to good on artwork like aircraft models. Even small changes on the 3D model destroys UV-maps and already made textures. It doesn't make sense to publish an aircraft before main things are done. And it doesn't make sense to already work on liveries, textures and other things before fundamental things won't change anymore. A lot of time and energy is wasted due to such things. And of course it is quite disappointing when you notice that your hard work on a livery was useless, as it won't work anymore, because something changed.....

So how to prevent this?

As author you should publish your work when you are sure that it is ready enough for other people to contribute. No problem at all to publish the work on sourceforge.net, github.com etc. - but make clear when things are ready for contributions.

As contributor you should be sure that an aircraft is ready for contributions. Unless it isn't explicitly mentioned you should ask the main author. It is not only polite, it is also very helpful to coordinate workloads. Usually you will find a ReadMe with all informations to contact the author. If not, the developers mailing-list, or a request in the forum might help. Maybe other users do know how to contact the main author. But accept that you might need some patience until you get an answer! Unlike developers for commercial sims like MSFS or X-Plane, the authors uses their spare time to create things. That means a whole lot of other stuff comes first: job, family, friends, other hobbies like sport. Or simply vacations. Neither should you think, that in such cases the aircraft is abandoned - the author simply may not have found the time to answer.

And even if the aircraft is lacking things - the author might have it already in work and simply didn't published it - for the mentioned reasons above. So a better communication between author and contributor can help prevent disappointment and frustration on both sides. Keep the above in mind - it will help a lot! 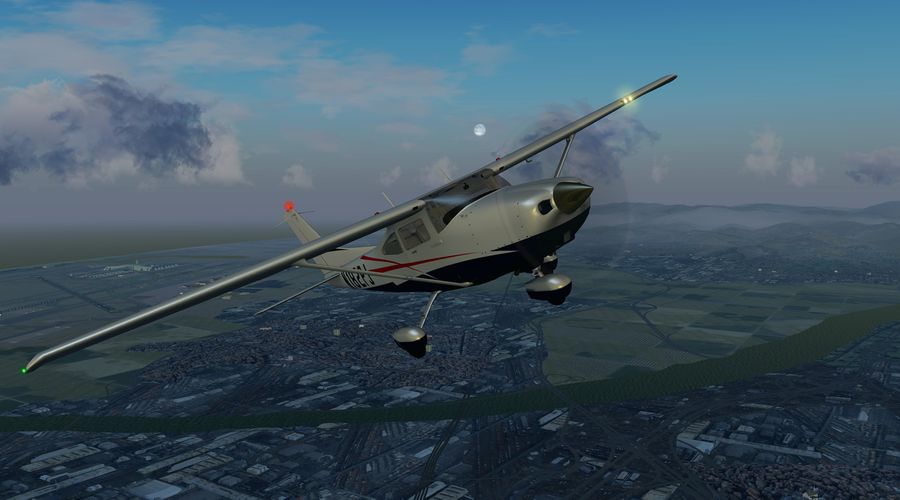