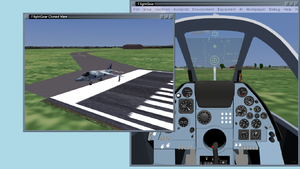 The core team needs help from Windows users able to maintain a good working Windows build. This process already exists to support our Nightly and Release builds, but we are seeking additional help to keep it in good working order. The ability to compile FG from source and some Windows batch scripting is a required skill. If you are willing and able to take up this role, please reach out to James Turner (mailing list), or get in touch via the forum [9]