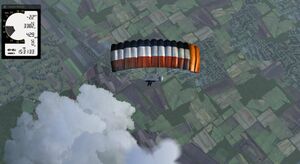 Here is a comparison between ShivaVG and ShaderVG.Look at the Canvas Dialog top left and particularly the vertical airspeed bars [1] 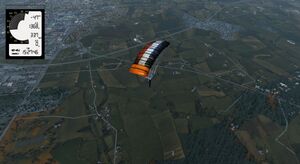 Here is a comparison.Look at the Canvas Dialog top left and particularly the vertical airspeed bars[2]

We need to remove PUI and change the Canvas not to use ShivaVG (Canvas Path back end), to be ES2 compatible or Core-profile compatible.[3]

To support Canvas on OpenGL Core profile, the plan is to migrate from Shiva to ‘something else’ which implements the required drawing operations. Unfortunately two of the probable solutions (Skia from Chrome and Cairo from Gtk) are both enormous and a pain to deploy on macOS and Windows.

As part of the Core profile migration, we need to replace ShivaVG (which is the functional guts of Path.cxx) with a shader based implementation, ideally NanoVG, although Scott has indicated this might not be as easy as originally hoped. [4]

Early experiments (patch [1]) in 02/2022 with ShaderVG were promising and suggest, that it ‘kind of sort of’ works, that’s already less work than integrating NanoVG.[5]

For the time being, it's not a one on one drop in replacement but it works quite nicely.

Bug-fix release 2020.3.12 is now available, containing small bug-fixes in many areas. You can find the Changelog here

Included in this release is a back-port of the generic combined ALS procedural lights and Compositor lights update which allows aircraft developers to easily add all the light effects for a single light for all renderers (classic pre-ALS sprite lights, ALS procedural lights and Compositor scenery illuminating lights) with a single call. More information can be found in the wiki. By including this in version 2020.3.12 this code is forward and backward compatible between FlightGear releases.

The Pilatus PC-9M and it's variants have undergone a big overhaul adding the brand new PC-7 MKX and pulling in the PC-21 in the process. Besides a lot of small 3d model changes, the structure is optimized by sharing more 3d objects and animations are improved. There are also some small 3d cockpit improvements implemented.

The next osm2city worldbuild went live on Sunday the 27th. This build brings trees, updated osm source data and resolved conflicts with in the meantime added scenery objects.

The core team needs help from Windows users able to maintain a good working Windows build. This process already exists to support our Nightly and Release builds, but we are seeking additional help to keep it in good working order. The ability to compile FG from source and some Windows batch scripting is a required skill. If you are willing and able to take up this role, please reach out to James Turner (mailing list), or get in touch via the forum [13]

Thanks for reading FlightGear Newsletter February 2022!