I'm J Maverick 16 on the international forum, here on the Wiki, FGUK, OPRF, on the "Free Flight, Free Speech" forum and on the FlightGear Italia forum. My personal motto and custom "Hello" message when connecting over Multiplayer is: Breakin' the sound barrier every day. 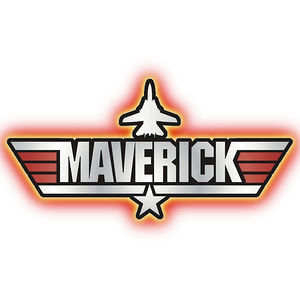 I'm a frequent flyer, mostly connected to multiplayer, mainly focused on flying military planes, especially fighter jets. I like joining in group flights and sometimes be controlled by ATCs. I'm CEO of The Northern-Italy ATC Controlled Area (NIATCA) project, and was a regular ATC at LIPA, ETAR, KLSV and other notable US military air bases. I'm the creator of many custom sceneries, most of them under development. To name some of them: LIPA - Aviano Air Base, ETAR - Ramstein Air Base, EGVA - RAF Fairford FJDG - Diego Garcia NSF. For more than a year now, but especially in the past months I've been working with it0uchpods on a general upgrade of the military versions of the Boeing 707, mainly the 707TT tanker variant. The project is called KC-137R (AATARS= Advanced Air-To-Air Refueling System), based on the real-life KC-135R Stratotanker with some additional improvements. Plus I keep contributing on other planes when possible.

My first flight simulator (believe it or not) was the flight sim on Google Earth, then I tried a MB-339PAN simulator in a fair and I acquired interest in aviation. Since then I started searching a free flight simulator to use on PC and perchance I found FG and immediately decided to use it. I'll never regret about that decision. In fact, aviation is now a big part of my life. When I have the chance, I am also a plane spotter of any type of aircraft I see. I would like to become a pilot one day, more inclined to military than civilian. Let's see what career will the future reserve for me ;) .

I'm using FlightGear since July 2012 (suggested by a friend) when I downloaded the 2.6 version. At first I was flying mostly the Cessna 172P, flying randomly at KSFO (with some great difficulty at the beginning!). When I understood how to install properly aircraft folders into the correct directory, I haven't been able to stop using FG and kept learning how to deal with a plane. The Alphajet helped me a lot by learning how to deal with fighter jets at that time. Then I kept improving more and more day by day and nowadays I consider myself a quite good flight sim pilot. In my opinion this is the best flight simulator ever made: it is free, it's open-source, it's realistic, constantly under development,... all the characteristics that a program like FG must have to be popular and very used. Presently I'm using FlightGear version 2019.1.1 on a Mid-2010 iMac 27" w/ macOS 10.12 Recently I am involved in developing airports such as LIPA, ETAR, FJDG, LIPQ, LIBV, EGOD, LPLA, EGVA, EGUL, EGUN, ETAD, PGUA, RODN, RJTY, EGQL, KTNX, KINS, KNFL and many others.

Me and the FlightGear community 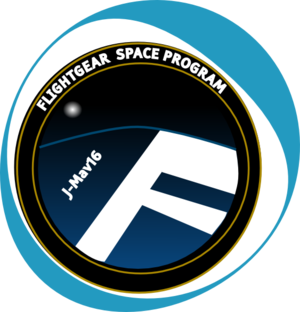 Usually I don't fly a lot during Autumn-Winter-Spring period due to school and studies (except on free time and when I've got holidays) but I keep being in the air whenever I can. In the past I was a frequent ATC but due to PC issues I'm not doing the task for a while; also I really prefer flying than looking at other people doing it and attempting to control them, with all my respect to ATCs who perform their work fine. In Summer I dedicate a lot more time to FlightGear when I'm not in the outdoors or on holiday by the sea. ;)

I use a lot the FG-related forums, voice comms (like Mumble, Teamspeak and recently Discord too) and the Wiki where I enjoy reading and writing topics, sharing my experiences and learn new stuff. I'm also an active Google+, Instagram and Twitter user, sharing my screenshots, recent news and other things I want to share with the world.

I became member of the Main Administrators group of the FlightGear Italia forum on January 2015. What a beautiful result.

What I do on this Wiki

In this Wiki I create and take care of my articles about airports and aircrafts, edit those where I see mistakes or I simply want to update/add the content.

My lack of real flight experience

Here is a complete list of the airports I usually or sometimes control with OpenRadar (on the right, the callsigns I use):

When I do ATC:

Projects I've done and which I'm working on:

Work in progress, in the mean time refer to my GitHub account page (look at the links at the end of the page). ...

A FGUK FlightNight is a multiplayer event hold every Saturday evening from 20:00 to 22:00 UK time by a member of that community where everybody can come and have fun. Voice communications are always on their Teamspeak server (more info here), Usually, the whole event (including voice comms) is recorded and then uploaded to FGUK's Youtube channel.

Operation Red Flag (commonly known as OPRF) is a military organization in the FGFS simulator. It focuses on air operations like air combat at high levels, ground strikes, air to air refueling and more, where members can take part in big monthly events which are challenges between teams or opposing forces. OPRF uses a number of aircrafts modified with a damage coded model which are able to inflict/receive damage during air or ground combats. Such operations require lots of skills and everyday training for reaching high levels. It has a rank system and award system (last one created by me) for its members. My current rank is Brigadier General (O-7). You can find more information on the website.

Things to do in FlightGear (personal opinion) 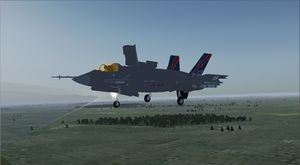