The Jenkins Server has been updated to build FlightGear using Cmake and the last version of Visual Studio. This is probably the way future versions of FlightGear will be built. Installable "nightly" builds are available here.

The Local Weather package is currently adding support for the skydome scattering shader, and in the process gets a dedicated terrain shader capable of rendering a low-altitude haze later. The first results are quite encouraging: 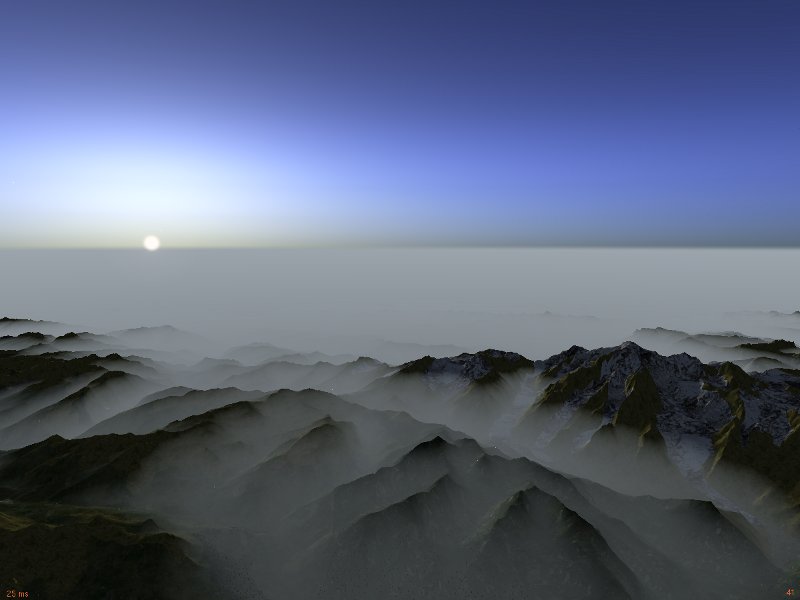 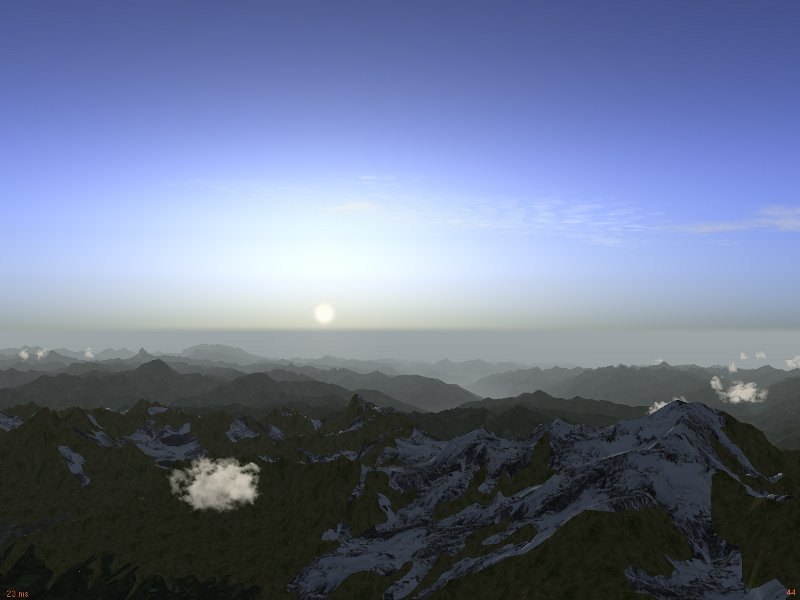 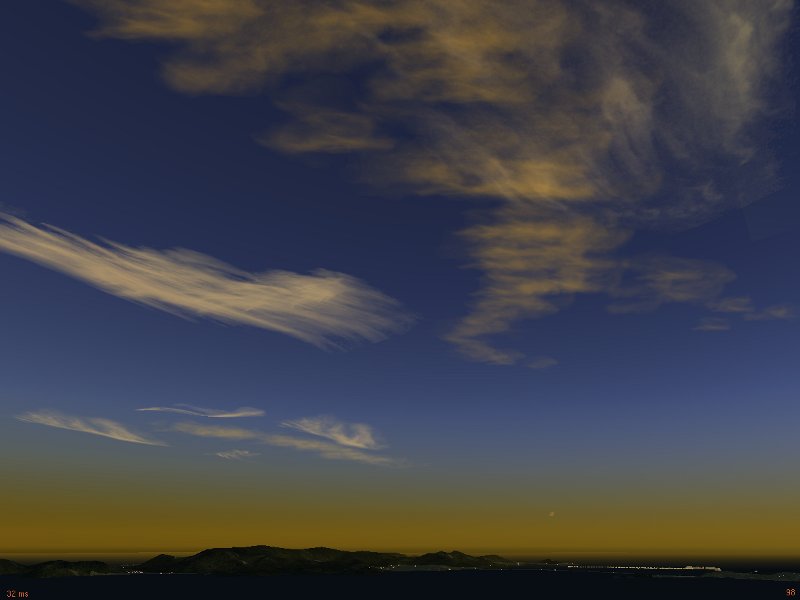 Currently this code doesn't work with special shaders such as the urban effect or the water reflection and requires to keep track of visibility in a way conceptually different from what Flightgear has been using up to now, so the actual integration may take a bit. 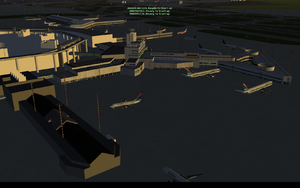 As part of a new initiative to make the FlightGear skies more lively, we are currently in the process of adding 344963 new individual flights, from about 65 airlines to FlightGear's AI system. At the moment of writing, The schedules for the major american carriers (American Airlines, Delta Airlines, and United Airlines), as well as that of one of the Leading European Airlines (British Airways) have been added and more traffic will follow soon.

Starting at the most appropriate parking position

At selected airports, it is now possible to let FlightGear decide at which parking it should start. You can do this by passing the commmand line option --parkpos=AVAILABLE to FlightGear. This way, you don't need to worry about the details of whether the parking is of the right type, whether it is large enough, etc etc.

However, in order to get it to work, you need to set some properties:

Fortunately, it is also possible to set these properties in the aircraft's configuration file. Currently, two aircraft have been updated to automatically take advantage of this new system. These are the Boeing 777-200ER, and the Embrear 170. The properties aircraft-class and aircraft-operator can also be changed by FlightGear's livery select mechanism, so that depending on whom you're flying for, you'll spawn at a different part of the airport!

for more information on how to update the aircraft configuration and corresponding livery select files.

All the way back in May, we addopted a new status-rating system for aircraft. So far, only a few have actually been rated, as can be seen in the list 'hockenberry' set up at Google Docs. If you're an aircraft developer and your aircraft is/are not on the list, please consider rating their status. All you'll need to know/do is described at Formalizing Aircraft Status. 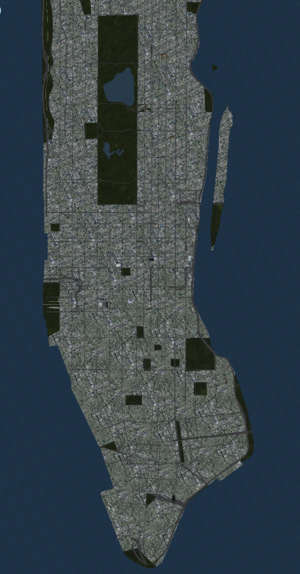 Manhattan visualised by a handmade shapefile and OSM (rail)road data.

You might remember the New York City project we mentioned in the January edition of the newsletter. Several forum members started a collaborated effort to model the NY skyline. Altough the first results were promising, the number of contributions decreased over the past months.

From this month on, new efforts are made, including handmade terrain for Manhattan. Please see if you can contribute a model or two. They don't have to be state of the art models; for a skyline mass is what counts most. See the forum

Some of you may know that we are using an "old" data format for airports in FG, which results in a poor visual rendering of taxiways at airports. It is currently impossible to make a round/curved taxiway, you have to use plenty of rectangular polygons to make it look curved.

Well, maybe one day it will be over. Psadro gm is working hard to experiment with 8.50 support in FG. Have a look at the first results in the forum topic

Thorsten reviewed both the Eurocopter EC135 and the Zeppelin NT this month. The full reviews can be found [1]

on the FlightGear Forums. Oscar uploaded a shorter review of both the planes in a video review on YouTube. 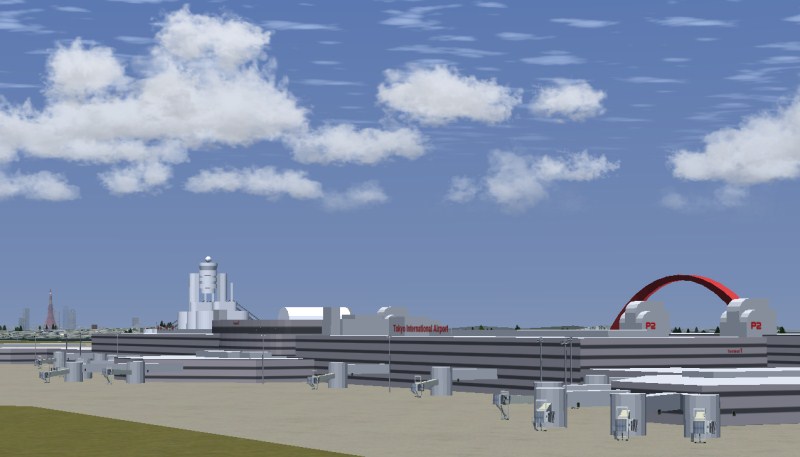 Grain silos? The Arc of Saint Louis in red? In the distance it appears we see the Eiffel Tower? Where are we?

Carefully recreated in FlightGear, Tokyo Haneda International Airport that I stumbled upon during my trip around the world. The layout is as real as it can get. The only thing missing, work out in Tokyo Bay creating a new runway.

Visit RJTT in real or in FlightGear. Step into your c172p and fly over Tokyo, I promise amazing buildings and bridges. If you have time, take a course WSW and try to fly over Mount Fuji.

Low in polygons, any windbag causes more lag as a complete airport. 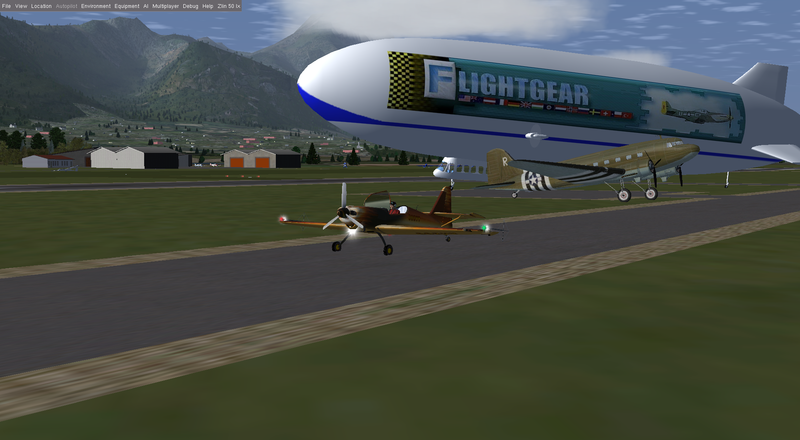 We've started to have some screenshot challenges in the forum according to the following rules:

This month's winners are: 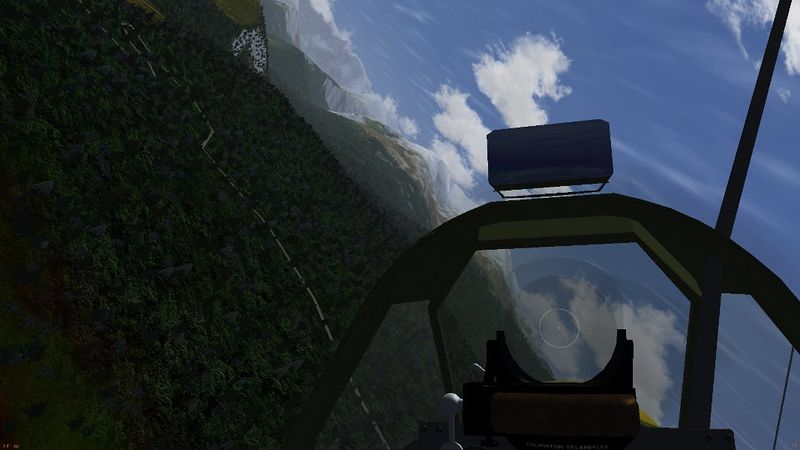 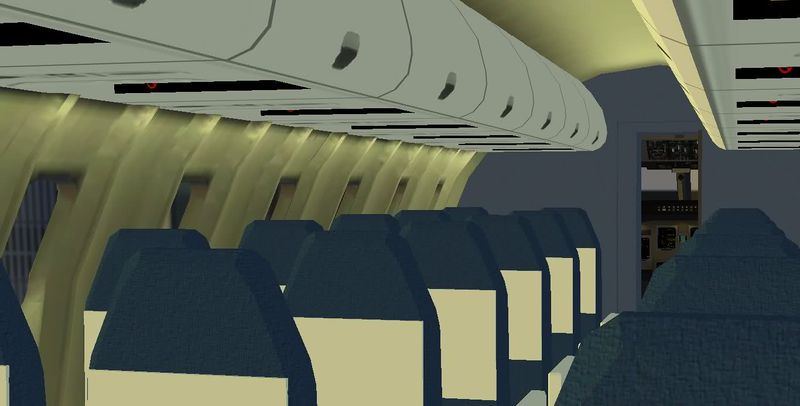 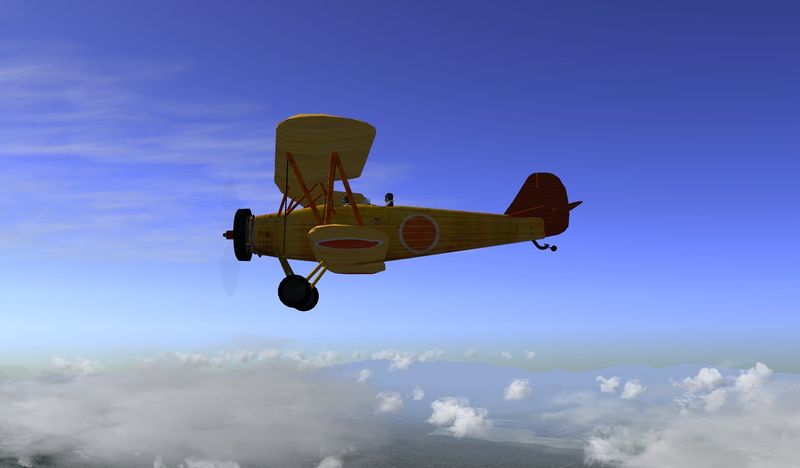 Congratulations to some exceptional pictures!

Traffic lights turn red, gates are closed. The only busy main road to the peninsula is closed and all the cars and trucks are waiting patiently. Waiting for a train to pass? No. Waiting for a plane to pass since the main road crosses a busy runway.

On both sides water and being crossed by a busy main road can only be one runway: Gibraltar airport!

One would expect an ILS installed on such a tricky runway but no, you will have to guess where it is and how far away it is. Not even an ADF points to it.

Take off from LEMG (Malaga). Go South-West and find the runway of LXGB somewhere to the right of the rock. Happy guessing!

With little than a month to go, the largest flight simulator event in the world (the FSweekend at Lelystad Airport, the Netherlands) is coming close. Make sure to mark the weekend of 5&6 November in your agenda as "occupied". A team of FlightGear developers will be present in Lelystad to promote FlightGear to the public. They highly appreciate it if you are able to stop over at the airport!

Last year we organised a multiplayer event in cooperation with TransGear, in which FlightGear users from all over the world could virtually visit Lelystad and surrounding airports. We currently have no plans for something similar for this year's event, but we do invite everyone to pay a (virtual) visit and be part of our show.

More information can be found at the event's wiki page: FSweekend 2011.

FlightGear in the news

Francesco (brisa) found an useful video on how to model an airliner (or any aircraft) in Blender. It covers the entire process, from setting up the 3-view diagram as background image to modeling the wings. In addition with Emmanuels must-have tutorial, everyone should be able to model an aircraft!

There is a place for specific suggestions and ideas. The developers (you can be one) use this to plan their next project based on your suggestions. Category:Contribution requests