A C172 has been the default aircraft in FlightGear since 2000, when it replaced the Navion. It has had a long development and includes a wide variety of simulation features. In 2015, it went through a complete refresh, including engine options, various tire sizes and floats, as well as a complete cockpit texture makeover. This new detailed version of the plane has become the default aircraft since FlightGear 3.6.

The new C172p has a much better 3D model and is now fully textured (including the interior). All the switches in the cockpit are clickable. It also has an improved FDM, more complex procedures and new realistic checklists, new sound effects, and damage modelling. The aircraft can get damaged if mishandled (e.g. gear collapse after a hard landing).

The windows now can get foggy or frosty, depending on the combination of interior and exterior temperatures. The pilot must then use the Cabin Heat and Cabin Air levers (on the right of the flaps) to control it. Alternatively, it's possible to disable the effect in the "Aircraft Options" in the "Cessna 172P" menu. This effect depends on the new ALS effects found in 3.5 and above, and will also have the side effect of producing grey windows in versions prior to 3.5. 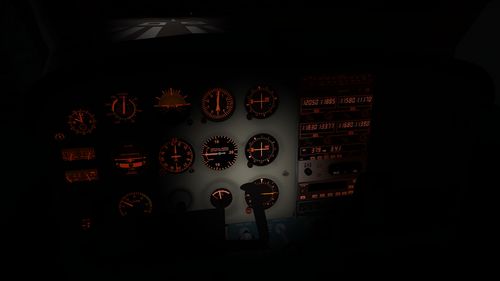 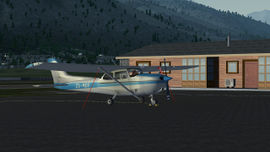 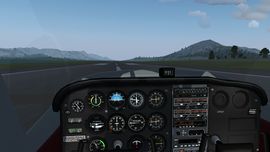 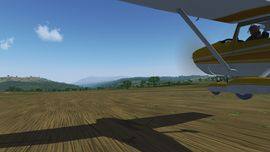