The first thing you need is a 3D model to place in the scenery. The FlightGear Scenery Database (scenery.flightgear.org) maintains a huge library of generic models, which will have been included in your FlightGear installation under the $FG_ROOT/Models/ directory. You can skip to the next section when using a generic model.

If you add many complex models or models with big textures to the scenery it will increase the memory usage and slow down FlightGear. Here are two lists with shared models and shared model textures sorted by file size:

Alternatively, you can create your own models. You should save it in a subdirectory of your $FG_ROOT folder. Two options seem reasonable, although others are possible as well:

When creating your own object, make sure it is the correct size. In Blender, units are meters. Note that you should be careful about using Google Earth, due to restrictions in their license that might prevent submitting your work to the FlightGear database. See here 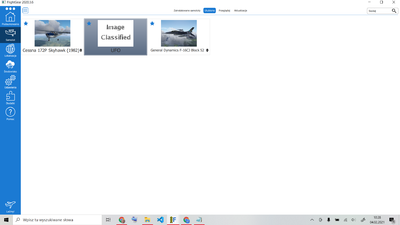 Now start FlightGear with the UFO as your aircraft and enable the console, which is needed later on. When launching FlightGear from command line, use --aircraft=ufo --console. In FGRun, the "Show console" option on the last page should be checked. 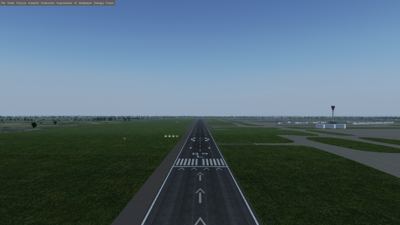 Let's say we want to position the F-15-lowpoly.xml object on a runway. We stop the UFO just above this intersection and press the space key. A Select Model window will open up where the contents of the $FG_ROOT/Models/ directory will be shown (or press L and you can go to any desired directory). Select your preferred model from this list, then close the window. The selected model path/name will be displayed in green text at the bottom left of the FlightGear screen. 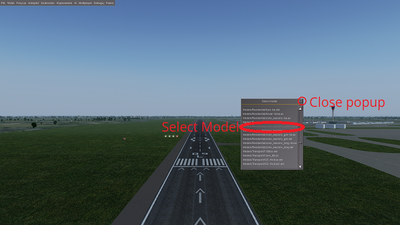 To place the object, simply left-click on the position that you want to place it. By default, it is placed completely horizontal and rotated to point north. It will probably not have the correct orientation and it might be partly covered by the surrounding terrain, but we can adjust that. 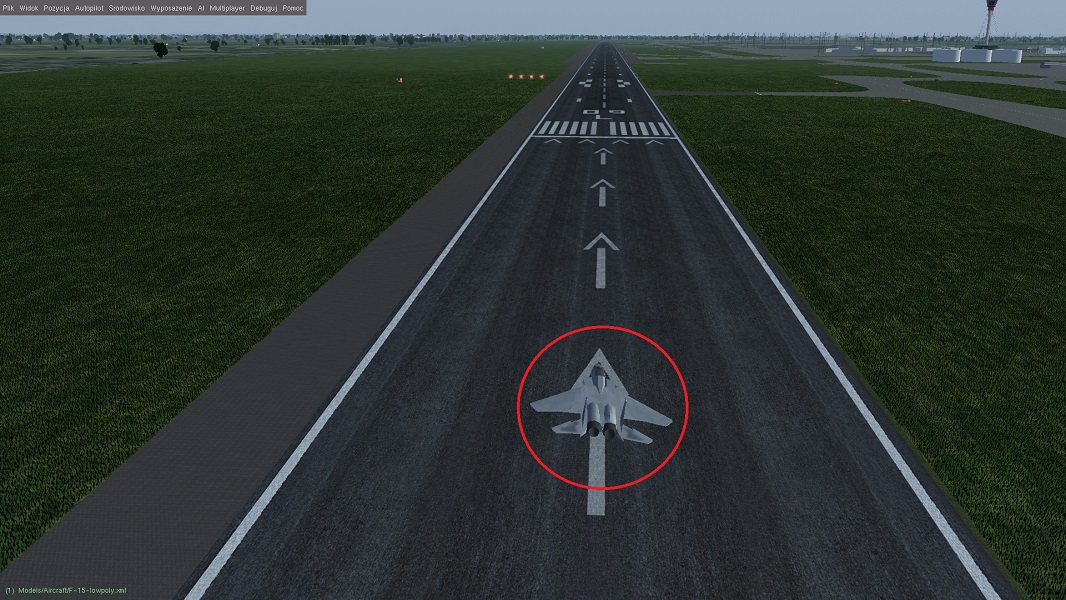 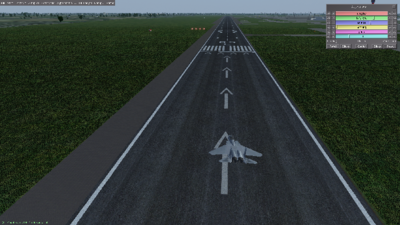 You don't know the filename: The model you want to delete is probably a shared model. You find it in the scenery database. Now you know the model's filename (e.g. generic_skyscraper_01.ac or Office26x22.xml).
You still need to know where you find it. Place any model on that building and press D to know in which file you find it (see Exporting the result below). If there are several objects of that type and you want to delete only one of them, find the one closest to the coordinates of your model placed on top.
Open the .stg file, delete the whole model entry (see Exporting the result below). Done. 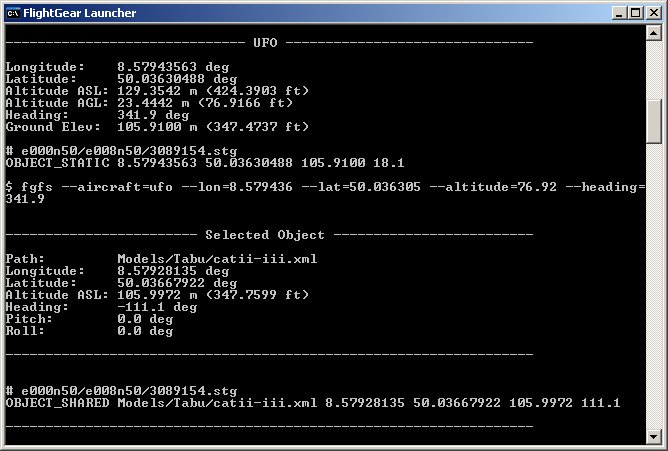 The first line identifies the location of the scenery file for the object. The OBJECT_SHARED line indicates the object's name, longitude, latitude, altitude, and orientation. This can be read by FlightGear itself and can be submitted to the FlightGear Scenery Object Database.

As noted above, the UFO helpfully exports the name of the scenery file where the object's coordinates have to be saved. In our example: e000n50/e008n50/3089154.stg

The default location for scenery objects is $FG_SCENERY/Objects/. Simply open the referenced .stg file, add the OBJECT_SHARED line to the bottom and save the file. Now you have your object's position saved, and it will appear inside the scenery every time you start FlightGear! There is one pitfall here. If TerraSync is enabled, which is the default in latest FlightGear versions, and you modified the stg file in the TerraSync folder, your modifications might be overridden by the syncing process. You might need to add the startup option --disable-terrasync for avoiding this and to keep your modifications.

Alternatively, if you press the E key while developing scenery with UFO, FlightGear will generate an XML file with the dump of your current work in an "ufo-model-export.xml" file under $FG_HOME.

You can later reload this XML file with --config= command-line parameter: Example for Linux: fgfs --config=$HOME/.fgfs/Export/ufo-model-export.xml

Please, once you've improved the scenery around your place, consider sharing it with the community. This is done very easily using our scenery submission webforms. More information and help on the dedicated topic

on the scenery forum.