Note to our Spanish-speaking readers, this newsletter is also available in Spanish, thanks to a translation by provided by FlightGear user Wallkon, see: Es/FlightGear Newsletter October 2013

The highest quality shader effect of the Atmospheric Light Scattering rendering framework has received an upgrade in the way the ground fog layer is rendered. Up to now ground haze has been rendered up to a fixed altitude. Close to the upper layer edge, this inevitably leads to an artificially-looking sharp intersection line of fog and terrain. The new effect adds a noise distribution to the line and blurs it selectively, thus leading to a more natural appearance of partially fogged terrain from all altitudes. 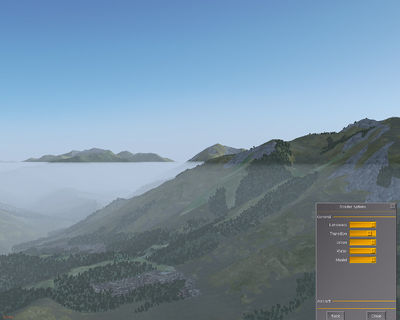 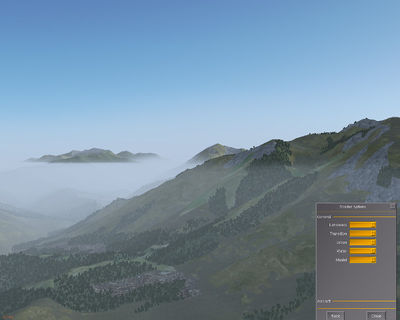 FlightGear has the voice client FGCom built-in since two months now and all reported bugs has been solved.

The new server is now providing a simple interface showing who is connected at http://fgcom.flightgear.org. You can also find FGCom-sa (standalone) on the download page, or use one of these direct links:

This server is coming with following features:

People are encouraged to use this server. (FG 2.99+ and FGCom-sa 2.99+ has fgcom.flightgear.org as default server)

If you have any issues regarding Linux support, compiling, feature requests and usage, please create an issue/feature/support request.

A new project has started for bringing improved support for soaring instrumentation to FlightGear. The soaring instrumentation toolkit is a small library written in Nasal code that allows the creation of glider specific gauges (variometers and glide computers) by connecting elementary blocks together (implemented in OOP). Although still in early stages of development, the library already supports TE (Total Energy) compensated, Netto, Relative (aka Super Netto) and Speed Command variometers. There are plans for supporting final glide computers as well. To learn more about the project, see the forum thread or directly follow the progress in galvedro's fgdata/soaring-sdk branch.

A fun Adventure for Halloween

This is an experiment to explore FlightGear's capabilities beyond simulating flight. You control a human "walker" and explore a cursed graveyard. Find hidden treasures and avoid being caught by evil forces. 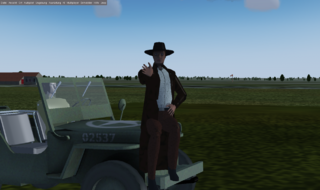 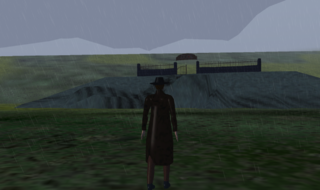 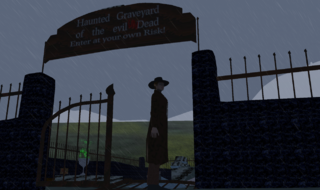 Unfortunately, most of the active FlightGear developers are currently very overstretched in terms of the areas that they have ownership of, which is affecting how much can actually be done. Fundamentally we need more core devs.

Helijah introduces a new old airplane, the Piaggio Pegan Pc 7.Designed to win the "Schneider Cup," the development of the aircraft was too complex and the time available was too short. He never flew :( 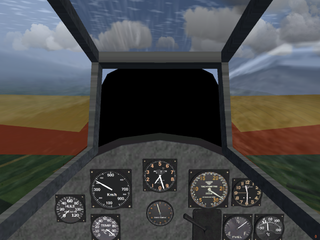 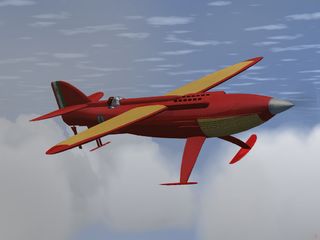 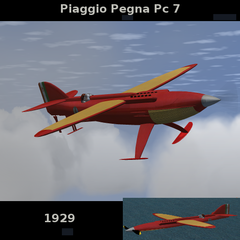 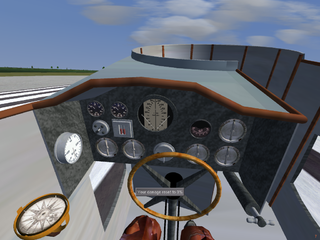 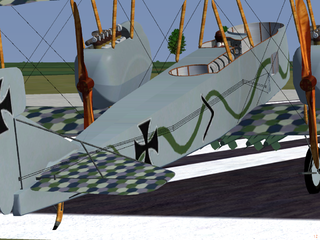 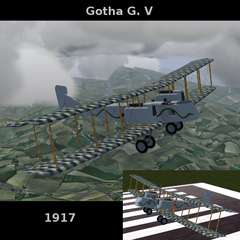 A new Robin DR400 Dauphin is now available. This aircraft is a common general aviation airplane used all over the world. 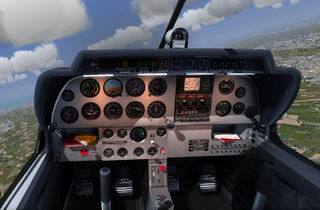 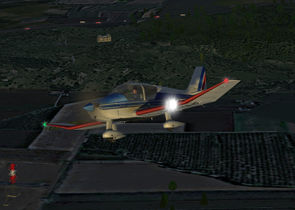 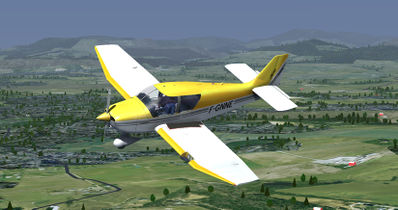 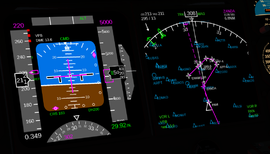 The canvas PFD (left) and ND of the Boeing 747-400 while approaching runway 18R at Amsterdam Airport Schiphol.

All instrument displays in the Boeing 747-400's cockpit have been converted to the new Canvas system. Instead of complex animated 3D models (with the various layers very close to each other, to feign a 2D instrument), the displays are now relatively simple 2D SVG drawings. The code for the primary flight display (PFD) for example has been reduced by nearly 2000 lines.

Thanks to the flexible nature of a Canvas based instrument, a great deal of new features have been added. Some of these functions include:

All displays can be shown in dialogs, so pilots can keep an eye on the display(s) while manipulating switches on the overhead or pedestal. Just click one of the displays to open it in a dialog.

The new displays are already available through Git and will be available for all with the next release in February. A note for aircraft developers: please do not copy them to your aircraft yet. The code that drives the displays will be generalized further, so it can be easily re-used on other aircraft.

The FlightGear world scenery version 2.0 was officially released during FSWeekend. This new scenery reflects a major improvement over the existing default world scenery and has taken over five years to complete. A much higher level of detail and internal consistency characterizes this new release, in addition to the fact that it will serve as a stepping-stone for further incremental refinements. Although there are currently still a number of known issues with the scenery, the overall flying experience is significantly improved, and the team aims to provide patches for these issues in the near future. The completed build is currently transferred to the terrasync servers and will appear there early November. Once the complete build is uploaded it will also be available for download via http://www.flightgear.org .

This FlightGear World Scenery was compiled from:

Note that all objects elevation were recomputed. Thus, if some objects were defined with a bad elevation or bad offset, they may have taken a bit of elevation. Use our webforms to fix this. 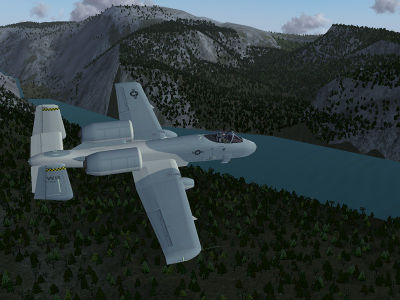 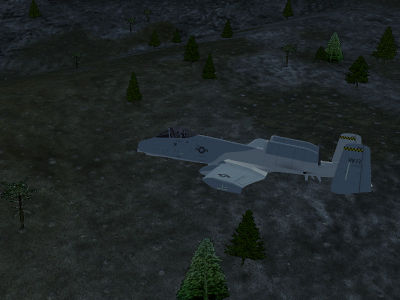 Philosopher has brought native Nasal syntax highlighting support to the wiki by creating a GeSHi config file for Nasal. We can now use the <syntaxhighight> tag with a lang="nasal" attribute to highlight Nasal code properly. Simply insert code between tags this:

And it renders into this:

We will be running a scripted bot to update all our existing uses of "php" markup to use "nasal" instead. To learn more, see Howto:Syntax highlighting for Nasal. Here's a little example showing various highlighted items:

Gary "Buckaroo" Neely have released a new version of his Guide To YASim. YASim is one of the two flight dynamic models (FDMs) that comes included with FlightGear, the other one being JSBSim. Depending on the available data either of the models can be used. In general it is said that if aerodynamic test or simulation data is available JSBSim is the better choice and if not YASim is a better choice.

YASim is often used instead of JSBSim as the latter has a steeper learning curve, mostly because of the level of aerodynamics and flight dynamics knowledge that is needed and because enough data rarely is available to make a better than decent FDM. However YASim is not all that well documented and can more often than sometimes be a bit puzzling. Over the years Gary has collected notes on what worked and what didn't as well as have had a look at the YASim code (or so it seems) and have from that made a guide that is available at his hangar (see link above).

If you are new making aircraft with an YASim FDM or want to tweak an existing YASim aircraft to have its performance to better match published data or a flight manual, reading or at least glancing through his guide is highly recommended. 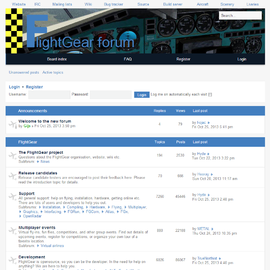 The new board index

On the 25th of October, the FlightGear forum was moved to a new server. At the same time the forum software was updated to the latest version and a new style was installed. The new style is responsive, which means that scales with your screen size. More and more people view the forum on tablets or smart phones, which should be a little easier now. For desktop users, the restyling provides a cleaner, more modern look with more room for actual content. By removing lots of ballast, the forum has also gotten a significant speed up.

From now on, the FlightGear forum lives on http://forum.flightgear.org Please update your favourites to point to the new url. The old links will forward you to the new forum for the time being.

As with all software, some issues will only show up once end-users start using it. Please post to the special forum topic if you've found something that doesn't work, looks broken or is missing.