Due to some issues with our build server, some important pending code changes and the this-time-of-the-year-again time constraints, it will take probably until early September before FlightGear 2016.3.1 (originally scheduled for August 17) can be released. Follow our social media channels to get notified when the release is out.

See our release plan for details on the work associated with releasing a new version of FlightGear.

The latest experimental addition to the Atmospheric Light Scattering (ALS) rendering framework are configurable additional artificial light sources for the scene. These allow more compelling visuals of aircraft at night and effects which have so far only been available for the deferred renderer. 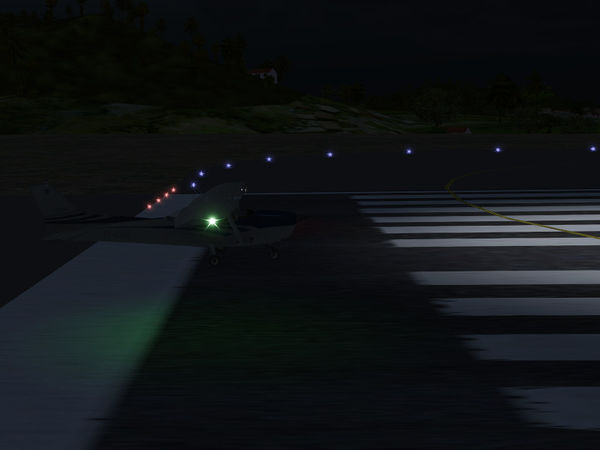 Technically, one part of the effect allows to use additional lightspots into the scene, the second part consists of a fully dynamically configurable light source for the aircraft (to be used in combination with lightmaps taking care of static lighting of the aircraft by its own light sources).

For instance, the new light effect can be used to simulate the changing illumination by the Space Shuttle SRB flame as the boosters are separated: 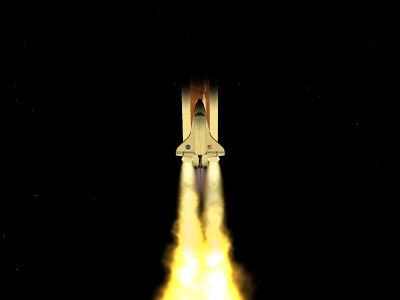 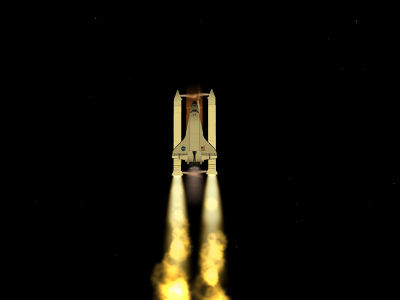 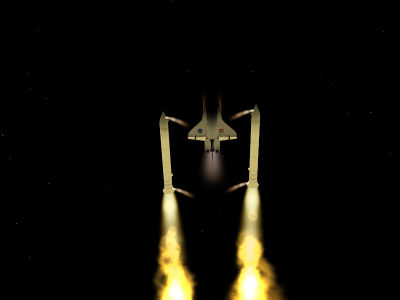 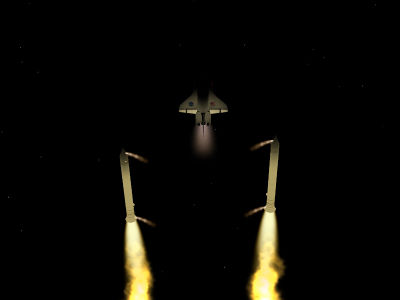 In combination, the effects can simulate for instance the artificial illumination of the touchdown point during a night landing of the Shuttle, where the Shuttle is lit from behind as soon as it enters into the lightcone: 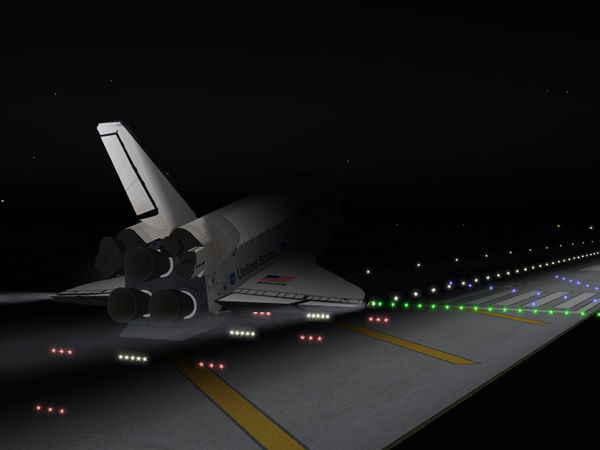 All effects are available, for a working implementation aircraft-side, see the Space Shuttle development repository.

There are two basic possibilities to bring light to a scene in real-time 3d rendering. One is to specify the geometry (i.e. the location and characteristics of a light source) and compute which surfaces are illuminated by it runtime, the other is to compute the illumination offline and supply it via a texture to the renderer. The latter is called a lightmap.

The advantage of the first family of techniques (to which the deferred approach of Project Rembrandt belongs) is that it can treat movement of the lights relative to the scene - but because light needs to be computed every frame, the computation is very simple (secondary lights do not cast shadows, lit surfaces do not re-emit diffuse light into the scene,...).

Lightmaps on the other hand only work for a static scene, but since they can be computed offline with the help of raytracing software (which can run for hours if needed), secondary shadows and multiple reflections of light on bright surfaces are not an issue. In addition, at runtime a lightmap corresponds to just a texture lookup, i.e. is very performance-friendly.

For many situations where a light on an airplane illuminates that airplane (both in interior and in exterior view), lightmaps thus are a useful technique and can lead to graphically very impressive outcomes: 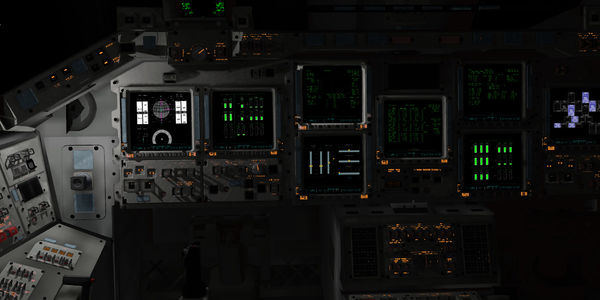 Bulldog RS has just released Panto RS1, a ground vehicle with off-road capability. It is available from GitHub. See also the official website. 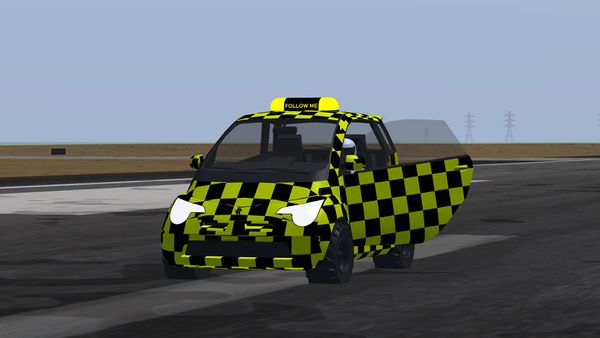 FlightGear's Screenshot of the Month August 2016 is Bad weather take off from EDDI by Jonathan S. (Dg-505) 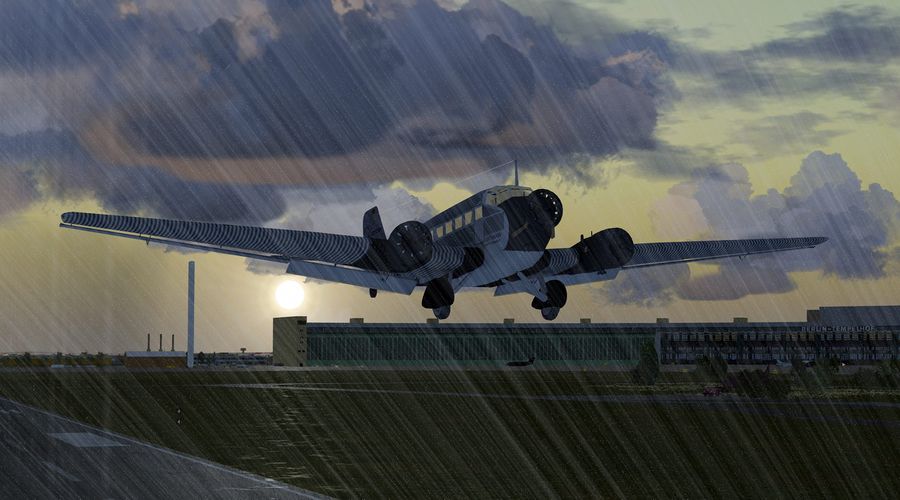 If you want to participate in the screenshot contest of September 2016, you can submit your candidate to this forum topic. Be sure to see the first post for participation rules. For purposes of convenience and organization, after all the entries have been submitted, a new forum topic will be started containing all shots in an easy-to-view layout. The voting will then take place there. Once the voting has finished, the best screenshot will be presented in the Newsletter edition of September 2016.