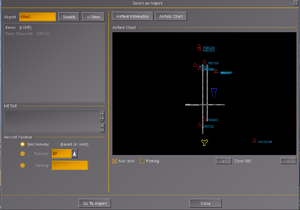 Screenshot showing a the PUI based airports.xml dialog with an embedded Canvas widget feature a MapStructure based airport diagram developed by Stuart

Stuart committed some changes to update the Select Airport dialog to use Canvas MapStructure Layers to display airport information, rather than the now deprecated map layers. The change should be largely transparent to end users - the only significant change is that your can display navigation symbols. This is all part of a long-term effort to provide the building blocks for a Garmin G1000 - these layers could be used for the airport display on the MFD, and could easily be combined with the APS layer to show a moving aircraft.[1]

Some updates on the Space Shuttle Wiki, mainly some new screens up to date with the latest version. A lot of changes have been made by Thorsten and the Shuttle team concerning the Orbiter. Mission phases part has been reworked with annotated screens for tutorial, and more advanced Tutorial are available.

Let's start our journey, Astronauts have already been seated in the Shuttle for almost two hours, preliminaries checks are done. Configuration of computers, checks of the pressurisation, and many other tests. We start on the pad, holding the timer at 9 mn before lift off. 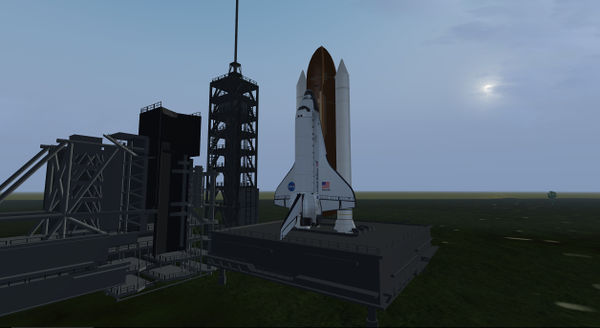 The Return to Launch Site (RTLS abort) procedure is designed for loss of an engine just after liftoff up to perhaps 3:30 into the flight. It aims to bring the Shuttle back to a landing at the launch site and for that reason is very different from the way the Shuttle normally operates. It also is the most difficult abort procedure, as there are several elements which are time-critical and can go wrong easily. The basic pattern is summarized in the following diagram:

It is one of the most impressive aborts. To fly outbound leg at Mach 7 then invert the speed to come back at Mach 7 towards Florida. It gives vertigo considering how tight the margin is to meet all the guidance and navigation requirements to end up gliding back towards KSC.

The groundtrack of an RTLS abort is an elongated loop, heading out into the launch direction before returning almost the same path: 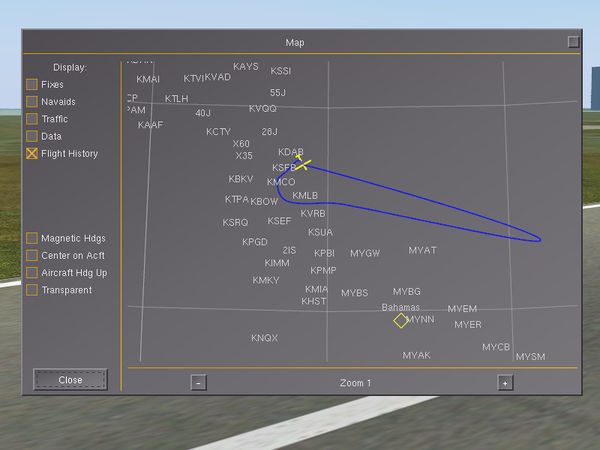 An iconic sight is one of the Aircrane flying low and slow over a raging wildfire dropping its load of retardant. Or hovering high above a massive tower assembly placing the final piece to the vertical puzzle.

Fitted with a 2650 gallon water tank the Aircrane is capable of a computer controlled delivery of its payload. The engineer can choose from one of 8 presets coverage levels or deliver the entire payload in a 3 second salvo. The delivery rate is calculated and controlled by computer, taking airspeed into account for a more precise delivery. The ability to restrict the amount delivered from the tank to one of 4 preset volumes 25%, 50%, 75% and 100% is also available. Another feature of the tank is an inner holding tank giving the ability to mix a foam retardant into the water delivery system. Up to 300,000 gallons per hour of water, retardant or foam mixture can be delivered to the fire using this system.

Another optional equipment package is the water cannon. It shoots a stream of water or foam mix in front of the aircraft at a rate of 300 gallons per minute. It has a small vertical pitch range of 15 degrees hydraulically controlled. The helicopter itself controls the horizontal yaw of the stream. This provides the ability to deliver fire suppression far above the reach of conventional hook and ladder equipment.

Filling of the tank is accomplished by one of two versatile methods. Either by using the hanging snorkel to suction water from any body of water, include a creek or slow flowing river, in as little as 45 seconds. 18 inches of water is all that is required for the snorkel to function. The Sea Snorkel is the other fill method. The hydraulic controlled boom is lowered as the Aircrane skims low over the water at around 35-45 kts. This method can fill the tank in as little as 40 seconds.

You can find portions of this upgrade already available in FGAddon. The ongoing work of creating the controls are available in the development repository at https://github.com/wlbragg/AirCrane. You can follow work and discussion on the forum.

In the weekend of 4 and 5 November 2017, a team of FlightGear developers will present FlightGear to the public at the world's largest flightsimulator event. The so called FSweekend is held yearly in the Aviodrome aviation museum at Lelystad Airport (EHLE), the Netherlands. The team would love to welcome you in Lelystad! 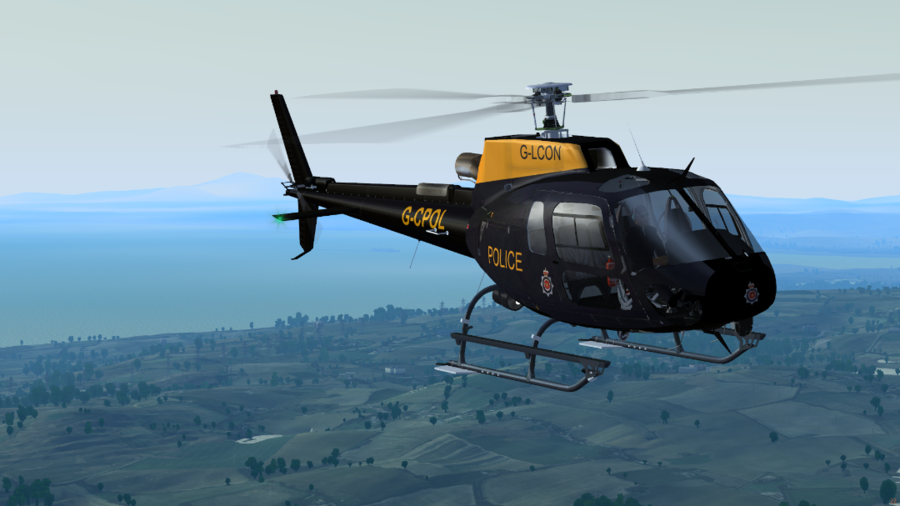 If you want to participate in the screenshot contest of *November*, you can submit your candidate to this forum topic. Be sure to see the first post for participation rules. For purposes of convenience and organization, after all the entries have been submitted, a new forum topic will be started containing all shots in an easy-to-view layout. The voting will then take place there. Once the voting has finished, the best screenshot will be presented in the Newsletter edition of *November*.