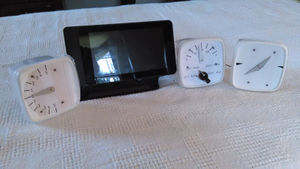 The housings are up-cycled food containers from the local deli. There are a few possible advantages to making stand alone gauges. 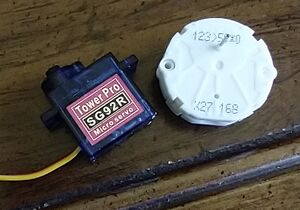 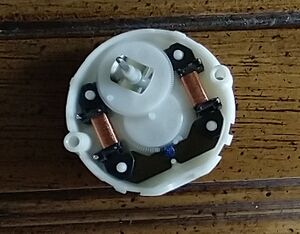 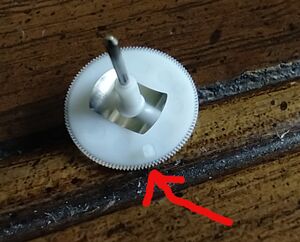 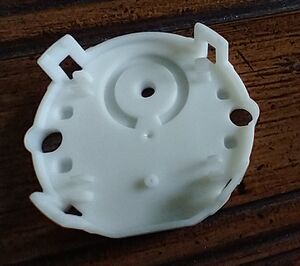 Automotive instrument stepper motors seem to work with the Pi-Plate Motor Controller. They cost about the same as an imported R/C micro servo or a bit less. They have a travel limit snubber, however that can be removed. Refer to the photos. This is an example of the X27 168 GM instrument cluster stepper motor. 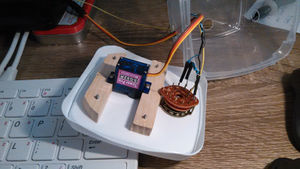 Inside of the fuel gauge, made for the DC-3

The inside of the fuel gauge is shown in the photo. The needle movement is accomplished with a hobby servo. The fuel tank selector switch takes advantage of one of the Analog to Digital Converter (ADC) that the TINKERplate has. The resistor, soldered to the rotatory switch is a simple voltage divider. Every used switch position is assigned a voltage level that corresponds to a specific fuel tank.