Thanks to an addition to Simgear, Advanced Weather has now the ability to set a transparency parameter per cloud. Previously, cloud transparency was only determined by the texture value, which gave sheets of larger clouds built from these texture sheets a rather homogeneous transparency, and the only way to generate more faint clouds was to create additional texture sheets.

With the new feature, the edge regions of cloud sheets can now be made selectively fainter, resulting in a larger variety of clouds at no additional cost and in more realistic appearance of larger cloud sheets - see the before/after comparison below: 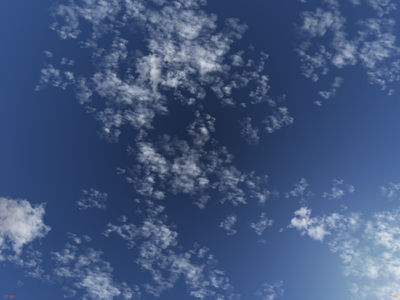 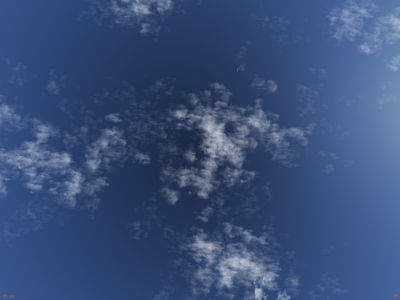 Using a very efficient modifications to the instancing technique generating the trees in FG, there's an experimental development in ALS to render tree shadow mockups. The shadows are not real shadows as a shadow map technique might generate them, but plausible enough from almost all altitudes and view positions, and computationally dramatically cheaper. They share the wind movement of the trees, change length and orientation correctly with the sun position and the depth of the shade depends on weather and time of the day. 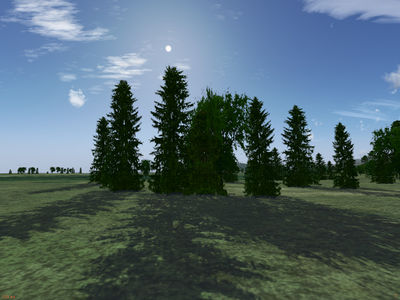 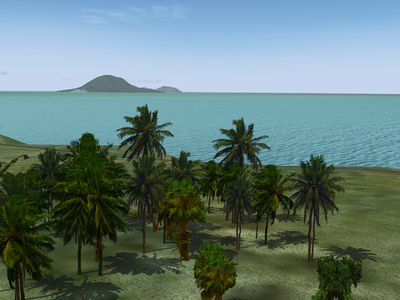 The rendering of precipitation effects in the ALS framework has been reworked to include the effect of Fresnel scattering on the thin water film covering the ground better. This leads to much more compelling visuals for a water-covered runway. At the same time, a dynamical effect displaying the splashes of raindrops dependent on the current strength of the precipitation has been added.

This goes hand in hand with an update of the precipitation system itself - this now makes the raindrops and snowflakes rendered with the correct amount of light in the scene, switches to a more physically correct relation between droplet size and droplet speed and makes a transition to hail rather than snow for freezing large-droplet rains in thunderstorms. Rain droplet size in turn is now determined by the weather system and independent of the amount of precipitation. 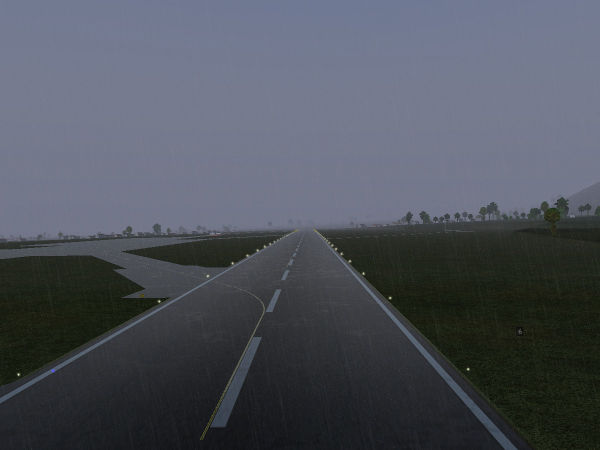 The rain droplet splash effect has also been added as an option to the model shader. Combined with the grain effect which allows to render a transparent overlay pattern of e.g. rust or regular surface structure at really high magnification, it can be used to add much needed detail to objects like landing pads or the Vinson flightdeck shown below. Using the splash effect also works on airplanes which utilize the model-combined shader (see the wings and fuselage of the Citation Bravo, magnify screenshot to see properly). 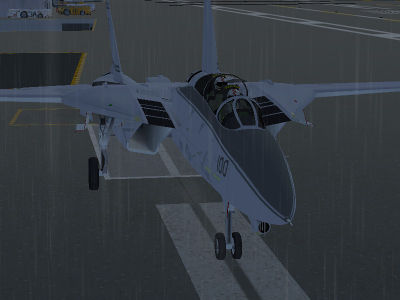 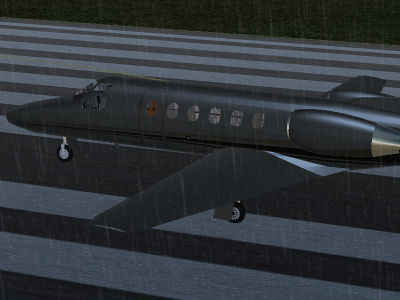 For a long time, one of the popular requests has been to have more combat-related features in FlightGear. Although FlightGear is not a combat simulator, this has, at least partly, been made possible by the Bombable add-on. However, work has begun on a new framework that will enable easy creation of scripted AI objects using Nasal. This work, although available for scripts such as tanker.nas, will also be used for a more generic AI missile framework, but is not specific to just combat applications-the same modules can be used to create scripted drone/UAV scenarios. Continue reading at Scipted AI Objects...

These airports have seen new and/or updated models:

On the 1st and 2nd of November, the FSWeekend 2014 was celebrated at EHLE Leylstad Airport, and as always FlightGear was present! See the video below for a first hand impression of the weekend. On the same dates, FG users held a festival on the Iberian peninsula with minigames and ATC'ing. Everyone had fun flying!

IHAM-COL has something special for us this month – a balloon/airship flight between KEWR and KJFK, a distance of only 20nm! He has also opened it for any towable/glider aircraft. Basically anything lighter than air, or that glides. Sign up here: http://forum.flightgear.org/viewtopic.php?f=10&t=24296