You can add as many splash screens as you want.

Thanks to Thorsten a new flashlight effect is now available via the ALS framework. 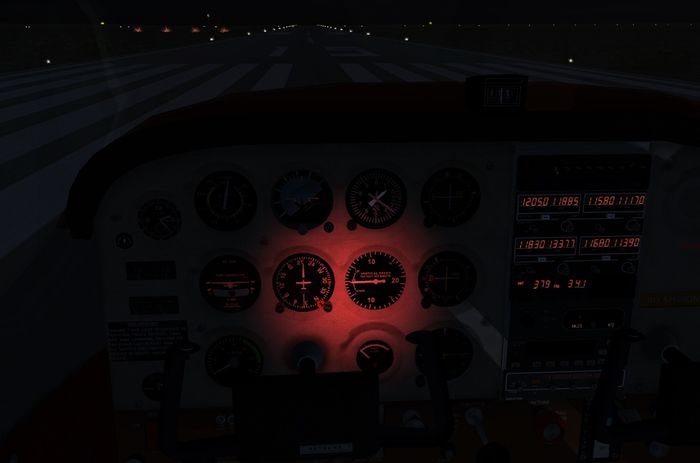 When you just entered your dark aircraft, a flashlight is useful to orient yourself in the cockpit. It works in Red and White.

Find out more at ALS flashlight

After a long pause, the MP Patch was included in FG, It's not the perfect solution, but works better than the prévious code.

Wanting to do a mp refueling, a towing with a glider or some close formation flight? give it a try :)

User:Japreja is now modelling the landing gear for the Shuttle. 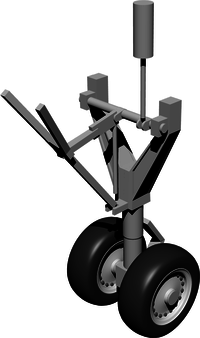 Lots of work is currently going into orbital maneuvering. The reaction control system has been overhauled to a realistic configuration, giving the Shuttle a grand total of 51 distinct engines to be controlled by the guidance logic in different modes, many of them pointing away from orthogonal direction which gives a realistic simulation of cross coupling between the various rotational and translational modes when the RCS is used.

In addition, the visuals of the OMS and RCS engines have been re-done to agree with NASA imagery and the Shuttle is now rendered with a dedicated space effect which creates hard light and shadows outside the atmosphere - here is an example of the OMS firing at full thrust with the new visuals: 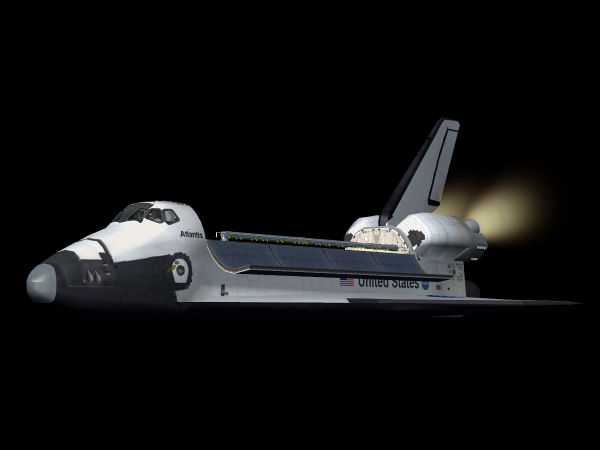 Systems modeling is also proceeding well. The highlight is a complete simulation of the orbiter's heat balance, including incident radiation from Sun and Earth, internal sources and heat sinks and heat transfer between different parts of the Shuttle. This allows now fairly complex maneuvers. For instance, by bringing the Shuttle into a tail-towards-sun attitude, the radiative heating of the cabin is minimized. This allows the freon coolant to remain a long time in the radiator as it only needs to deal with waste heat from avionics and not from solar heating, leading to a low temperature inside the freon loop. This can later be utilized as a heat sink during atmospheric entry when the radiator can not be deployed - with the freon soaked cold to about 240 K, almost 15 minutes worth of heat can be dealt with without using any other heat sink equipment: 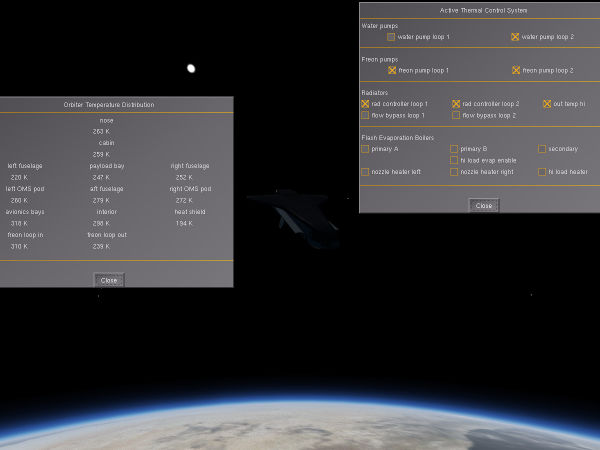 The Piper J-3 Cub now has a working livery system, and three new ones have been added: a yellow and blue livery, a cream livery and a red livery. Repository link: https://github.com/FGMEMBERS/Cub/ and development thread: http://forum.flightgear.org/viewtopic.php?f=4&t=26587&p=247630#p247630 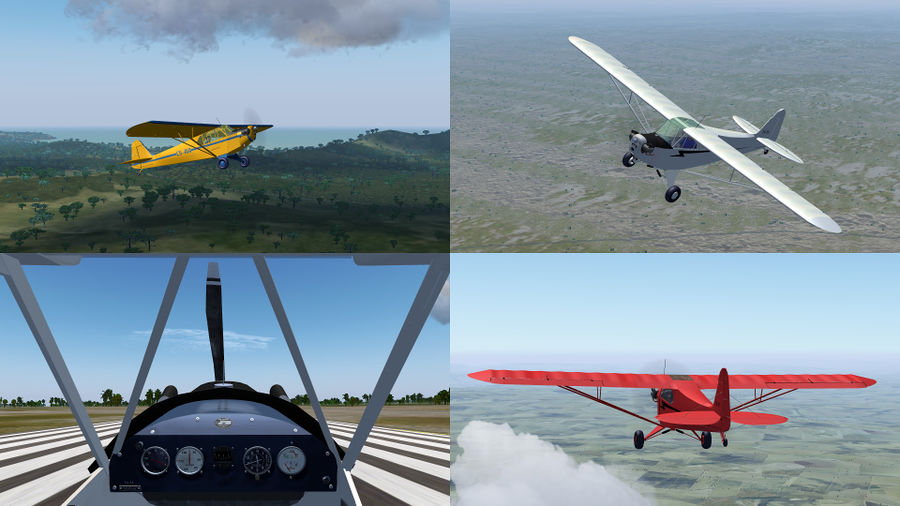 The EchoAir2015 Traveller is an aircraft that doesn't exist in the real life. It has been designed by D-ECHO and is now available over the forum (Wiki page will follow soon). 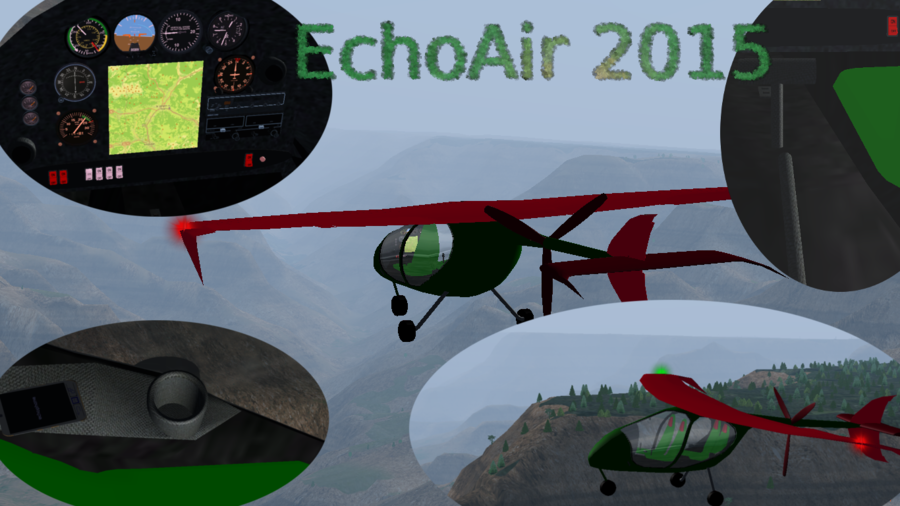 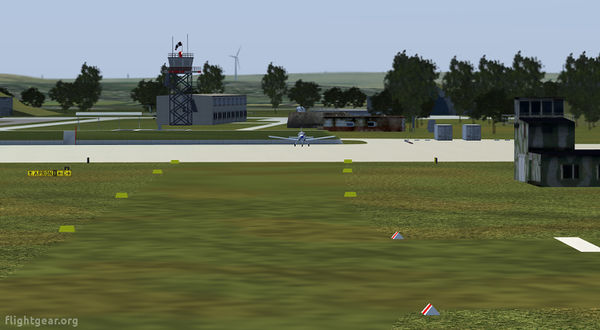 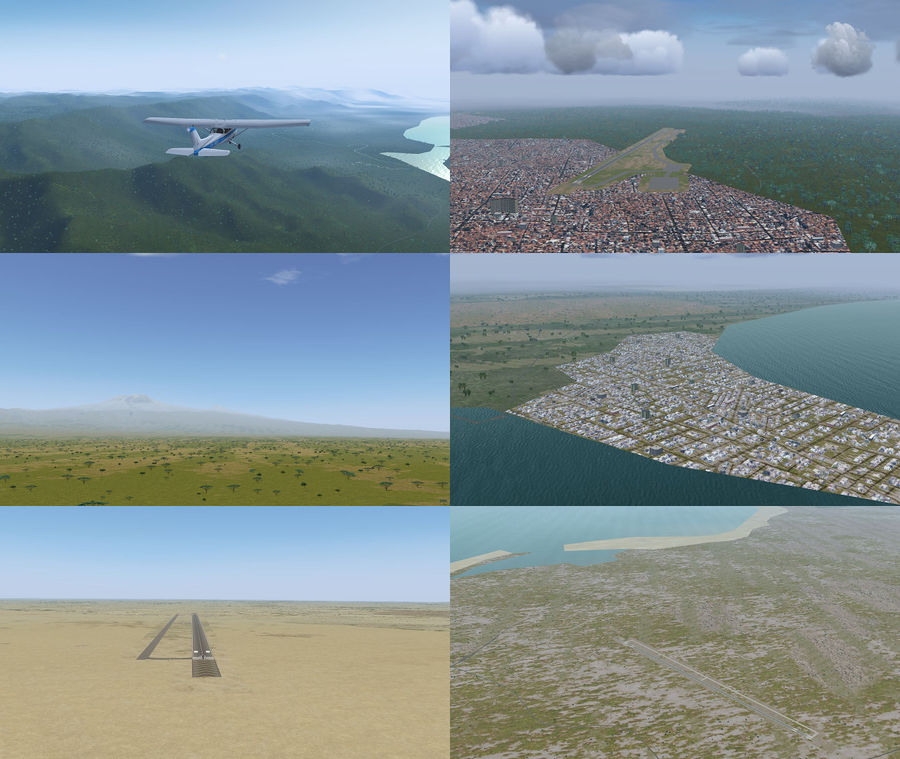 In 2011, the user statto had released an amazing custom scenery for Rio de Janeiro on his website, with much better landclasses than the default one. Over the years though the default scenery of Rio de Janeiro (from TerraMaster) received several nice objects, such as the statue of Christ the Redeemer, very detailed airport biuldings to SBRJ, some cones for air races somewhere close to Flamengo, among others etc. Today I incorporated those objects into his scenery and also tried my best to move the statue of christ to a decent position (which is quite tricky because of how pointy is the mountain in this scenery). This scenery works very well with the New Regional Textures. Repository link: https://github.com/gilbertohasnofb/rio-de-janeiro-custom and development thread: http://forum.flightgear.org/viewtopic.php?f=5&t=26508 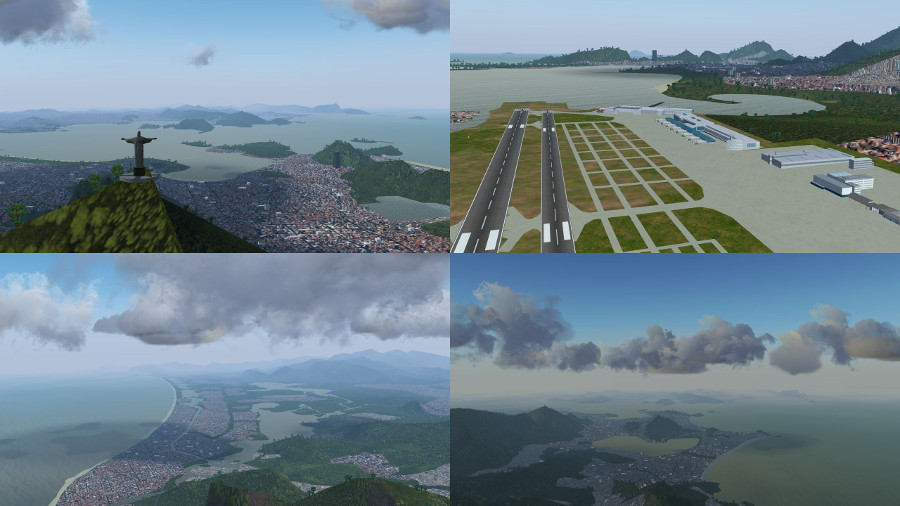 Legoboyvdlp has created an event which will be the initial event of FlyVenezuela- a Venezuelan Flying Club. The first event will be on the 20th, route will be SVMI-SVVP-SVJM. Details later this month!

To remember all who were involved on both sides.

After seeing "Screenshot of the month" in earlier newsletter, I thought it was high time to revive the tradition. Please post your entries, along with URL's and descriptions, here: http://forum.flightgear.org/viewtopic.php?f=19&t=26581. A grand total of fifteen entries is allowed, and there's room for one more, so get it in before tomorrow! This month's winner will be announced on the forum and displayed here; and the winner is: 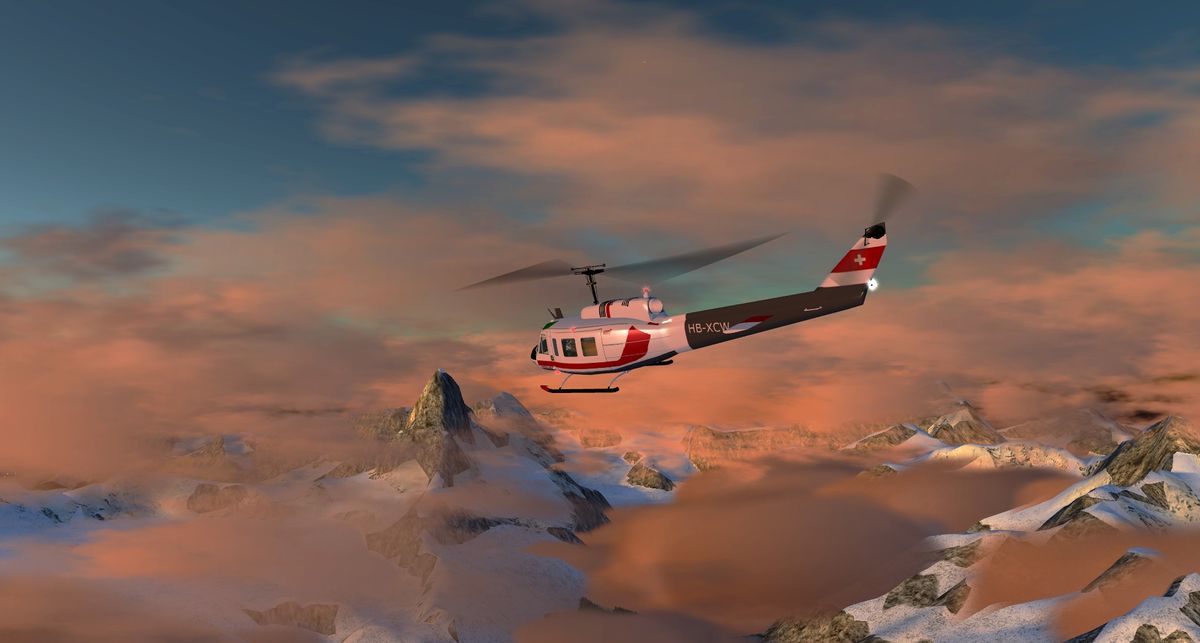