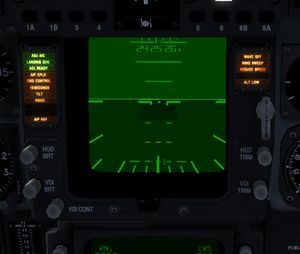 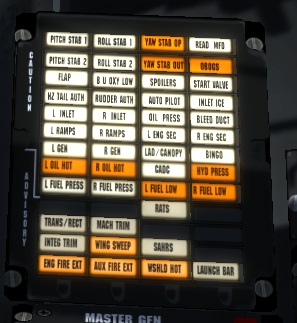 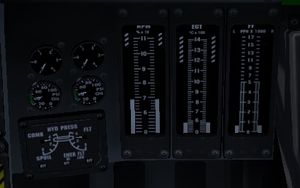 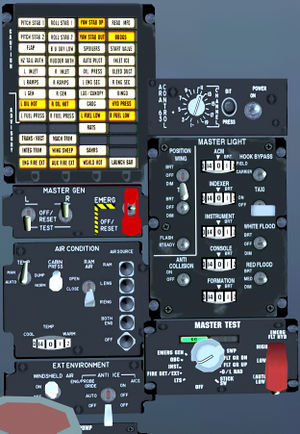 Enumerating the panels left to right, top to bottom: 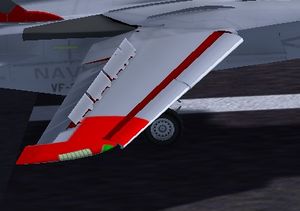 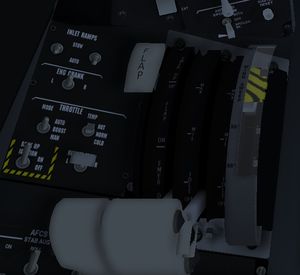 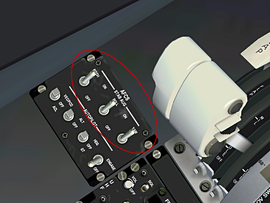 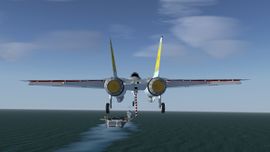 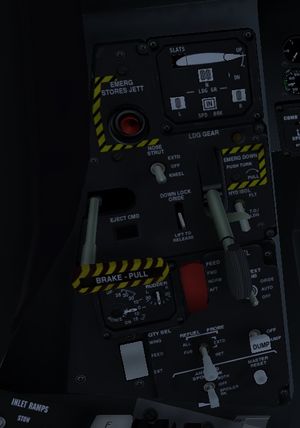 NB: Especially for gunning you might want to set SAS Roll to off to prevent the plane from oscillating when using aggressive stick input.

NB: In some new versions of FlightGear, the w key is replaced by the m key to select weapons. 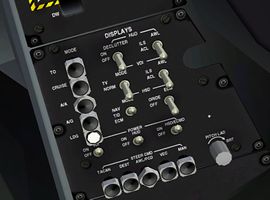 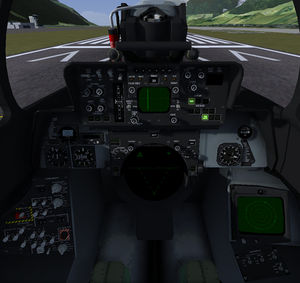