This is an model of the Eurocopter EC135, a light twin-engine, multi-mission helicopter. 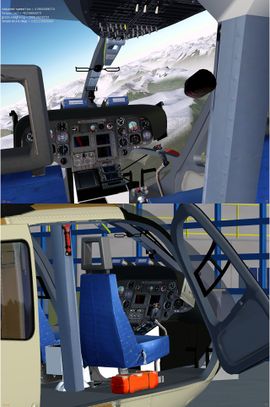 (02/27/2013) EC135 P2 photorealistic Cockpit with analog flight instruments. Overhead panel and many other details done as well as some important center pedestal avionics. Unfortunately the GNS430 and GTX430 are not working yet. Now it needs to connect the switches to the electrical system. FDM is finally tuned to POH and matches climbrates AEO and OEI and airspeed in about 90% all of conditions. :-) Needs to tune the rotor to the guessed behavior 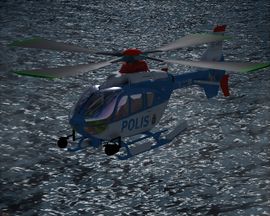 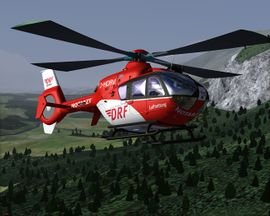 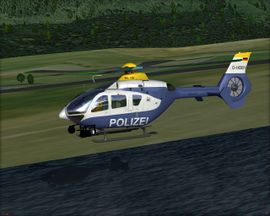 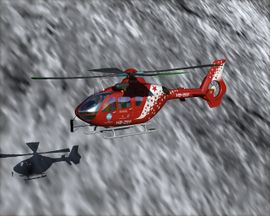 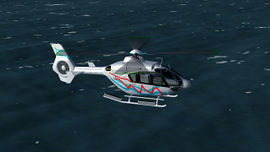 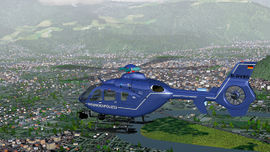 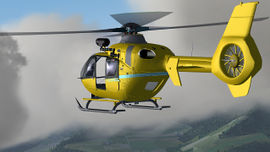 This is a complete rebuild of the ec135 with a much better exterior model It is currently a work in progress, so a lots of things can be broken now, but it should be not worser to fly than in the last version.

Currently in Progress at this date: