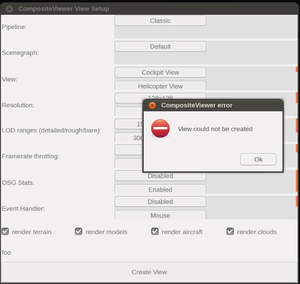 Update 12/2020: I played a little with such a scheme and it's actually working nicely, the basic idea is this:

With this sort of scheme, a compositor (or a scenegraph, view) can be optionally specified in the form of:

Based on the "research" looking through osg-users, here are some observations: