The Sukhoi Su-15 (NATO reporting name "Flagon") was the second semi-automated interceptor on the planet, the first being its predecessor, the Sukhoi Su-9, and for its time this was quite advanced. It worked in tandem with ground radar, receiving calculated direction data via a encoded radio link, but also had its own radar with a working distance of 30 km (16 nm), which was huge at time. It was first aircraft ever able to catch a target at both head-on and following courses, at a speed of Mach 2 at an altitude of approximately 20 km (66,000 ft.), and target speeds of Mach 3 at approximately 25 km (82,000 ft.). In fact, with all that equipment, it was first ever aircraft in which the pilot was more of an operator than pilot — the plane could intercept a target by itself in both ground-guided and radar-guided modes.

But its effectiveness was bought at a high price. Being a heavy plane with small wings, it has an extremely high landing speed of 350 km/h, similar to the Space Shuttle and Buran, both of which are spaceplanes(!). It was also unstable at those kind of speeds, while oversonic yaw maneuvering was limited by its side intakes, a first for Soviet aircraft. Fuel consumption was similar to a rocket, and enormously high by modern standards — it got through 8 tonnes of kerosene in a normal 15-minute, Mach 2 interception flight.

Regular pilot training - happily Su-15 was not used at real targets often - cost the same amount of money as making cosmonaut out of him and sending him at space; common 200 flight hours per year turned into monstrous 1000tonnes of fuel, while weight of whole R-7 rocket was 280tonnes only. At modern prices such training would cost 1million of, heh, money per year - really, not less, so expenses of usage was comparable with cost of plane itself for sure.

Interception of 2Mach target, including radar selection, friend-or-foe semiautomatic recognition, missile guidance head lock, so on, could occur at head-on course only, since other way Su could not reach it; so relative approaching speed was up to 4Mach, and all process had to be pressed in 30seconds, without second chance. 3Mach demanded even faster reaction - but it should be made without any mistake, since a target would be the bomber with thermonuclear bombs. In addition, return at 1 tonne of leftover fuel was a normal part of interception flights.

Summing all that, needed piloting class was high - so high that at most units of anti-aircraft warfare, which was armed with Su-15, cadet who flew it first time alone received a cake from colleagues; it was not tradition common with other units. Other prove - only pilots of Tu-128, flying even more heavy interceptors for hours, had greater incomes in whole air forces.

Even with such qualified pilots, area of plane usage was quite narrow. Not maneuverable, without place for regular gyro sight at cockpit, it has standard armament of two heavy missiles only - typical second generation interceptor, with sole target as heavy high altitude bomber; first series was completely useless against low-speed low-altitude targets. Some of limitations was overpassed at later modifications, but fact that Su-15 as whole was used for quarter of century, and, with modifications, was produced 1300 times, is mostly prove that there is nothing more constant than temporary than evidence of its versatility.

Fact is representative more that, instead of other former Soviet fighters as MiG-21, not one flew in private hands after retiring. It's just too hard, too demanding, to be common fun. Once it was case three Su crashed in a row, in just 15minutes, due to foggy conditions and guiding system absence at receiving port. All three pilots was high-rank - so to use it alone, without ground automatics, would be risky even at future times with its artificially advanced humans. Heh. At fact, pilots respected plane, some of them even liked it, but, seems to be, not one really loved it, way this was with some other types. Well, it's hard to love something that do at its own better than under Your control.

I made model of it mostly as part of personal investigation of Yury Gagarin life and death circumstances - as Alexey Leonov, friend of Gagarin and man who made first ever EVA, said that Su was involved in second. So exactness of model is as high as possible; with conditions in which documentation of it is not at public domain yet.

Also, it was test of ability to make mostly JSBSim realistic model, which could run standalone with all systems, each switch, by minimal fixes and changes; of course it was some additional social test of community, etc. 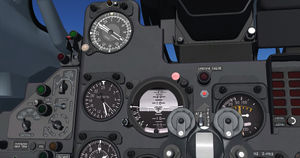 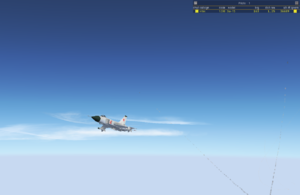 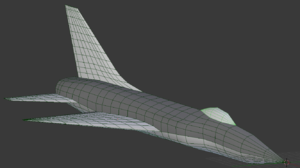 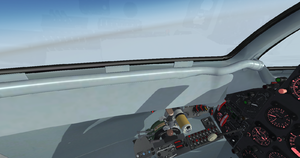 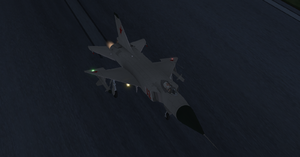