FlightGear supports localization, that is, showing the user interface in the user's native language rather than in English.

This page will help you translate FlightGear to a new language or improve the existing translations.

What can be translated

The following parts of the simulator can be translated:

There are two XLF files in each language subdirectory : one for the core simulator strings (startup messages, command line arg help, hints) and one for the launcher.

How to translate the shortcut file

How to translate the man pages

One can use QtLinguist (application from the QT package) to translate XLIFF files. Install QT package from the Qt home page (https://www.qt.io/download). Opening QtLinguist will show default translation environment. Open XLF file and start translating. The interface is divided into four main sections: 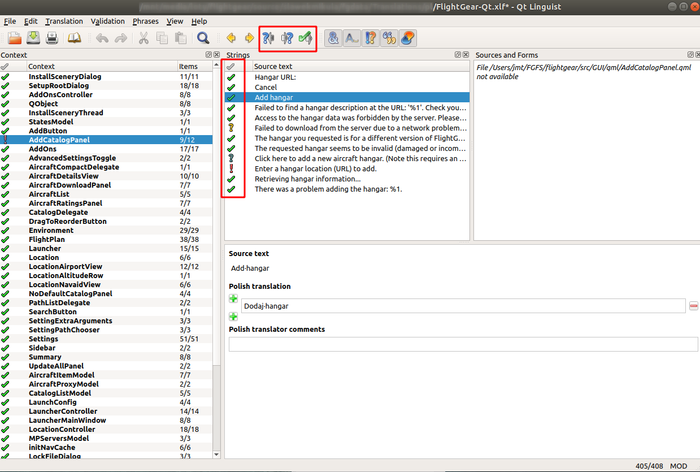