Texture images should reflect the way the land looks from above, so a typical starting source is an aerial photograph or orthophoto, such as those shown by OpenStreetMaps when editing. Note that very few areas license these images in a way that is compatible with FlightGear use; one exception is the NSW state government in Australia. A screenshot of an area of NSW taken directly from OSM is used in the following example - conveniently a scale is provided by OSM that is useful for working out how many pixels of the screenshot correspond to the desired distance on the ground.

In general two screenshots of overlapping areas will be necessary to form a full square of the required dimensions. Here are two used to create a "DryCrop" texture:

All steps are described using the GIMP software package. Similar tools are available in other image editors.

The picture to the right shows the result of doing this on the two screenshots above. Note that the house, trees and roads are gone, but patterns of tracks in the paddocks remain. 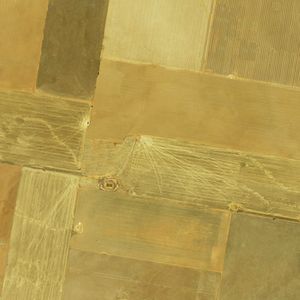 A DryCrop texture square ready for use in FlightGear

A set of texture images (basic + overlay + hires) prepared in this way will be ready for testing in FlightGear. The current shader assumes that the hires texture is 15 times higher resolution than the normal textures.

Because the position on the texture image is calculated identically for all textures, the variation in ground colour will remain smooth when moving across a landcover transition. This effect is best when vegetation is sparse, as less of the vegetated areas will be cut off at the borders.

Another useful technique is to substitute the "Unknown" texture for one of your textures, to see where it will be placed. The Unknown texture is at Terrain/unknown.png. 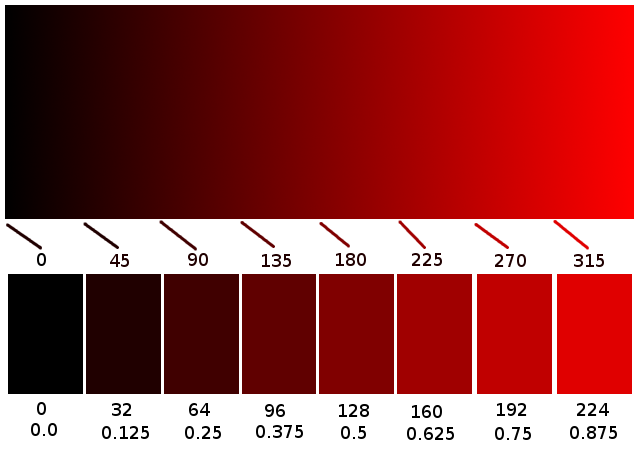