The first edition of the FlightGear newsletter in its current form was published in July 2009. At the time, there was no place where news from the various "sections" of FlightGear was collected. After several discussions and earlier fruitless attempts, the first edition was hosted on the wiki. This allowed (and still allows) anyone to contribute by writing articles, collecting news, checking grammar and providing images. Over the years we have together written 60 editions (take a look at the archive).

We would like to thank all readers and contributors for their support!

PS: Please take a look at FlightGear Newsletter if you're interested in helping!

With the release branch creation on July 17, FlightGear version 3.2 is approaching fast. No new features shall be added over the coming weeks, now that the focus is on finding and fixing bugs. Those of you building from source are encouraged to build from release/3.2.0 and report bugs at our bug tracker.

The stable release is due around August 17. See our release plan for details on the release procedure.

After a long hiatus (3 years!) forum user cbendele felt like doing some FlightGear aircraft modeling again. Three years ago, when he started the panel for his Bo, he could not find a nice, modern, panel mount IFR GPS. The King GPS we have is ancient, and the Garmin 196, while nicely modelled, Is a VFR handheld. So he decided to start with this: 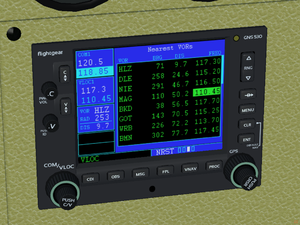 The GNS530 is already kind of outdated as well, but together with its smaller sibling the GNS430, it is still much more widespread than its successor (GTN650/750). Also the GTN650/750 use touch screen interfaces.

Right now this is very much work in progress. It is also the first time cbendele wrote more than five lines of nasal, so he was basically learning the language while he wrote this. Still, it's far enough to present it here and let people try it and send critique and suggestions. Learn more at Garmin GNS530 or the forum topic

There is a lot of Nasal code floating around doing the equivalent of this when using multiple inheritance to make base class calls:

Development of FGCamera continues. The script is being redesigned to be compatible with default view system. The upcoming version (FGCamera v1) will have new camera mode: "world-view". 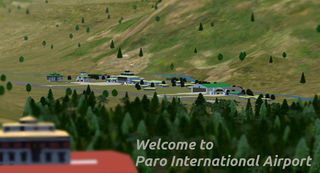 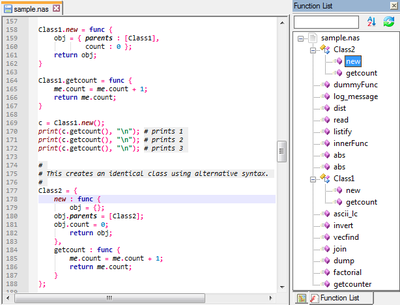 Programming in Nasal on Windows can now be a lot friendlier with Nasal support for Notepad++. It provides comprehensive syntax highlighting and class/function listing in a hierarchical fashion.

Android devices are light, thin, and offer a very decent computing power and graphics processing. They are battery operated and can connect to other devices through WiFi (there is no need of cables). They are, in fact, perfect for integration in home-made cockpits. This new project offers the opportunity of extending their usage in the form of Primary Flight Displays and Navigation displays for airliners in FlightGear. There are currently four Primary Flight Display (PFD) Apps in "early production" state: Basic, Boeing 777, Boeing 787-8, and Airbus 330. The Basic App is at this moment available in the Android Play Store. The other Apps will be uploaded during the next days provided that no serious problems are found in the Basic App. You are more than welcome to test it and give feedback! Visit the project website for more information: https://sites.google.com/site/flightgearandroid/ 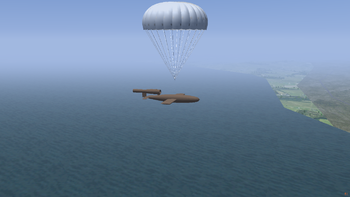 Tomaskom developed a realistically behaving parachute for YASim aircraft. It is capable of a slow and stable fall and can recover the aircraft even from very severe rotations. It all began as a question about a parachute which ended by brainstorming of the best approach. See this forum topic for the discussion.

Re-implementing the code elsewhere is very easy. Most of it can be blindly copied with just some adjustments (trigger binding, chute area, ...). See this forum topic for instructions.

Currently there is a reference implementation in a special version of the V-1 flying bomb, available at FGUK. You can also get an idea of it's stabilization properties from this video

The drone (Firebee) for which the parachute was requested is not yet publicly available. 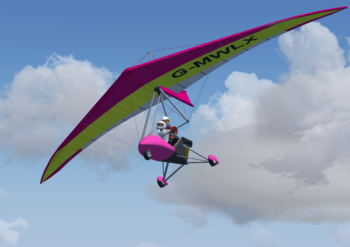 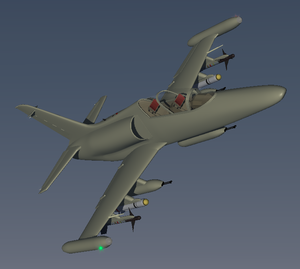 A trip around the loop with the Vulcan B2

A custom AI scenario displays the route with fly-through pointers, checks for adherence to the rules, and announces and records your time - just hand in your score file, and you will be included in the results when published in the following week. More information and updates in the weeks either side of the 9th on FGUK's Facebook page and Twitter account. As always at the Mach Loop, there will be photography and video and the event will be streamed live on our YouTube channel.