In the last edition, I expressed the hope that the new FlightGear release would be available by the time the newsletter was published. Well, that didn't quite happen due to a combination of factors. So, I'm writing this edition in the same hope! I know that there are lots of people running v1.9.1 looking forward to the new release, and I can promise that it will be worth the wait. To whet your appetite, Durk has produced some very nice screenshots here. 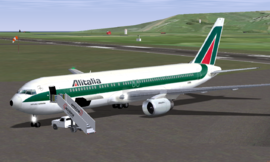 FlightGear 1.9.1 has been voted "best free game" of 2009 by Softonic. While we might not agree with some of the comments in the review, it is another sign that FlightGear is becoming more and more visible.