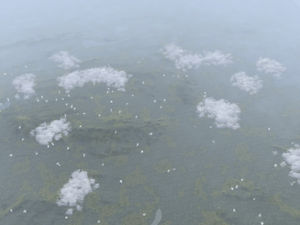 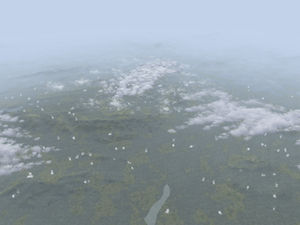 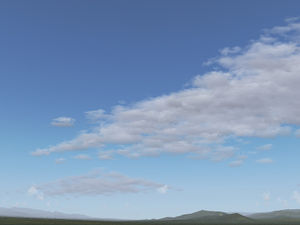 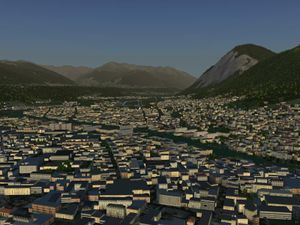 ) have recently been populated with about 50,000 buildings derived from openstreetmap data. The buildings are textured with hi-res facade and roof images. While this certainly improves visual impression over the current random buildings, rendering a huge number of individual models in a scene is quite demanding. The FG process eats ~3GB RAM when flying in those areas, you might see a severe fps hit, and the download is ~50 MB each. However, the buildings respect LOD settings, and there's work underway to also reduce the memory footprint.

The conversion is done by osm2city.py, currently being developed by forum user radi. The approach is similar to bob.pl or forum user Soitanen's scripts, (or osm2xp for X-Plane), both of which have been discussed

in the forums. Being at a rather early stage of development, osm2city.py is currently not very user-friendly. You probably should know some python if you want to use it yourself.

A new version of the france-850 has been released this month. This scenery has been created with the latest TerraGear tools and latest apt.dat version from X-Plane (04/2013). For people who like VFR flight it's a really nice scenery with lot of roads and rivers. Also this it give a good idea of the upcoming official scenery. 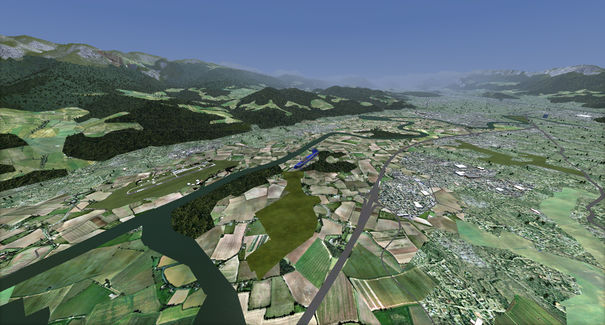 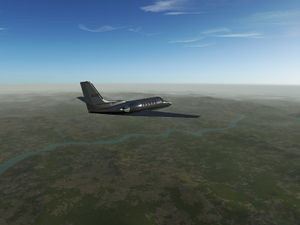 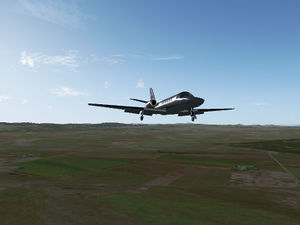 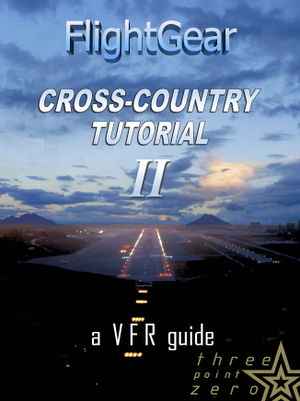 This is a new tutorial and guide for V.F.R. opperations.
Get the download link for the latest version from the forum post

under the "Documentation" tab.