The Aeroprakt A-24 Viking is a Ukrainian three-seat light-sport amphibian designed for home building and marketed in kit form by Aeroprakt.

A-24 has two seats in front and a third seat in the rear (that can be replaced with a spacious luggage compartment), sliding doors on both sides (which can be opened in flight), retractable landing gear, and mixed structure: metal/fabric wing and tailplane and a composite hull.The aircraft is equipped with a Rotax 912 ULS engine and, as an option, variable pitch propeller. 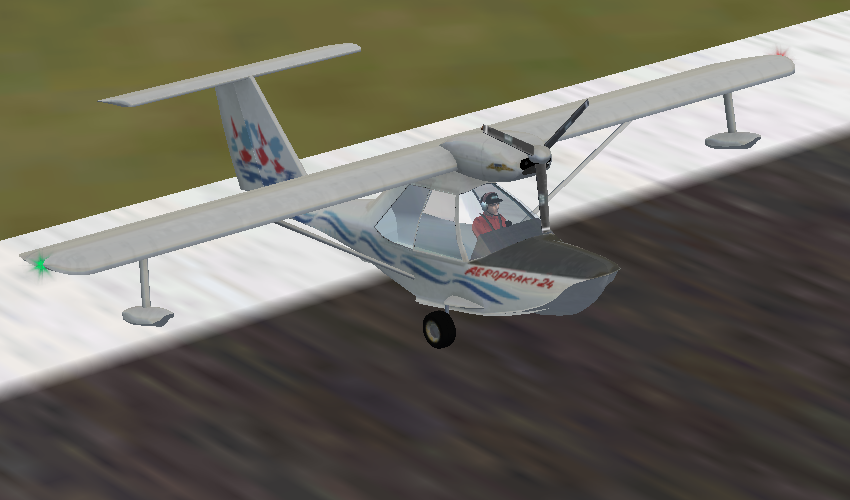 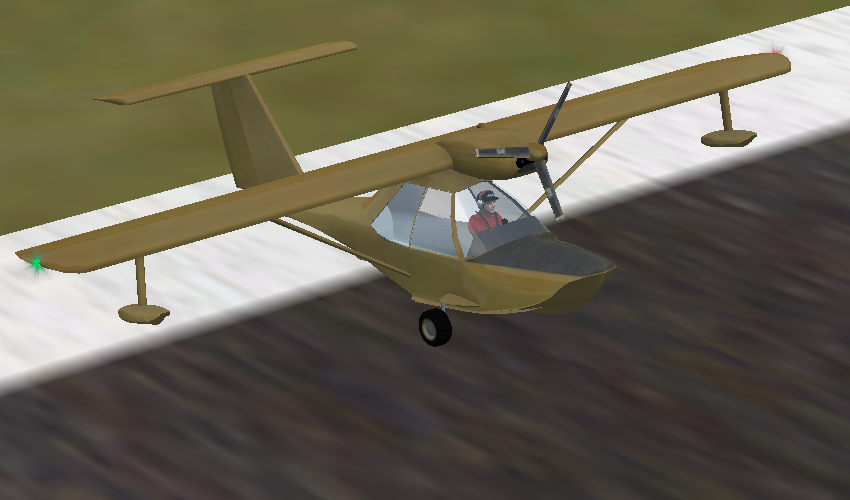 This seemed like an interesting aircraft to review, so I downloaded and copied to the folder in FG 3.0. Starting was as in the instructions in the Wiki.

Once the engine was started, the aircraft tracked fairly straight down the runway, and little rudder was needed except at the end. After take-off I made the mistake of climbing too steeply and started losing speed. A little nose down corrected the problem, and the aircraft was stable and controllable in shallow turns to the left and right. Turning back to the airport the Viking gained a lot of speed when descending, and once again on final I landed past the runway on the grass. The Viking, though, kept its cool and trundled to a stop after applying fill brakes. In the replay the wheels could be seen dancing up and down on the rough ground.

The cockpit is a little sparse, with the same pilot as in most of the other models, and the view is quite good, especially of the two wheels that come up on either side of the cockpit when retracted. When down, they give the Viking a characteristic duck-like appearance, which is not at all out of place. Overall a stable and entertaining aircraft to fly.