Nordstern was the second of two small passenger airships built by Luftschiffbau Zeppelin in 1919 and 1920. Nordstern was designed to carry about 25 passengers on a Friedrichshafen - Berlin - Stockholm route but this route was never opened. The older sister ship LZ 120 Bodensee did run a regular passenger service between Friedrichshafen and Berlin during autumn 1919. In compliance with the terms of the peace treaty after WW I both airships were grounded early in 1920. Nordstern was handed over to France in 1921 where she remained in (sparse) service with the french military until 1926 under the name Méditerranée. Bodensee was handed over to Italy and remained in service there until 1928 under the name Esperia.

In the most recent versions (FlightGear release 2016.3.1 and higher) there is a hidden crew "autopilot" system providing a virtual helmsman and elevator man. It can be activated by setting the properties

to 1 (e.g. using the property browser). The helmsman is directed by the heading bug on the magnetic compass while the target altitude for the elevator man is set by the property

Currently both channels use true references to guide their control rather than those provided by the aircraft instrumentation.

The side engines (engine 0 and 1) can be reversed by stopping the engine and starting it in the other direction.

The engines are Maybach MB IVa high altitude engines that can easily be oversped on lower altitudes due to their construction - their rated output of 245 hp @ 1400 RPM is reached well before the throttle is fully open up to an altitude of 1800 m. At emergency power engine speed may go up to 1460 RPM.

Use the "Fuel and payload" dialog to replenish the ballast tanks. Realistically this can only be done while moored. 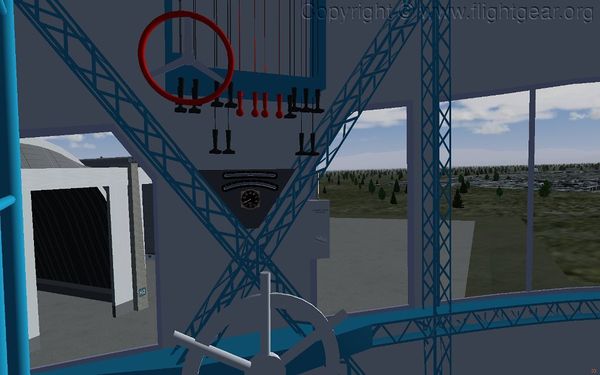 Nordstern's elevator control station. The black toggles release emergency ballast, while the red toggles control the maneuvering gas valves. Below are the pitch inclinometers, the altimeter and, to the right, the variometer.

The real Nordstern never used a mooring mast. All ground handling was done manually with the ground crew manning yaw lines fore and aft and, once within reach, holding on to the handling rails on the control car and the aft engine car. 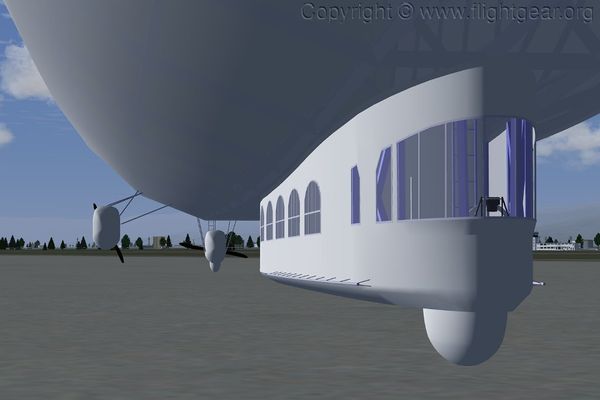 The control car of Nordstern. 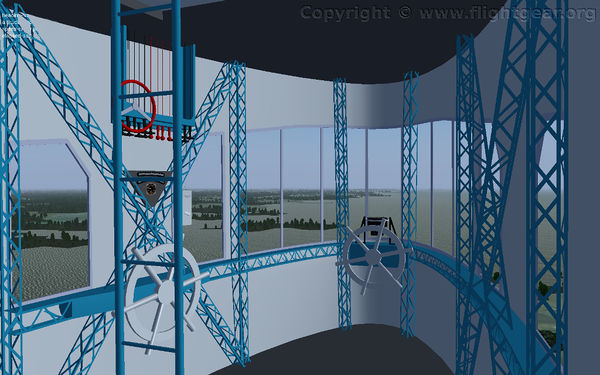 The interior of Nordstern's control car.