A wildfire (woodland, grassland etc) simulation is available in FlightGear 2.0.0 and later.

It is based on a cellular automata model of how wildfires spread. It is possible to set up fires that are shared (replicated) among users over MP for joint fire fighting efforts. 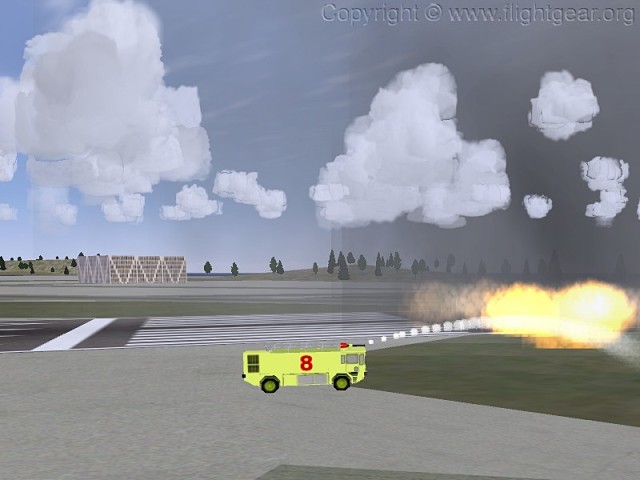 The wildfire simulation can be configured via the configuration dialog available from "Environment->Wildfire settings":

Share over MP: When set fire events, i.e. ignition and fire fighting, are sent/received over the MP network.

Crash starts fire: If your aircraft crashes somewhere inflammable there will be a fire.

Save on exit: Save the fire event log when FlightGear exits. (Experimental)