thanks for doing this, as you can see at Template:Git clone, I was also hoping to hide such details using a handful of templates. In fact, I even wanted to provide "modes" for different front-ends (shell, tortoisegit, IDE) - which would mean that we could add screen shots for each mode and highlight where people have to enter those URLs (we really only need to upload 3-5 screenshots for each mode/frontend). All inspired by Howto:Build FlightGear with NetBeans using CMake and the screenshots there: 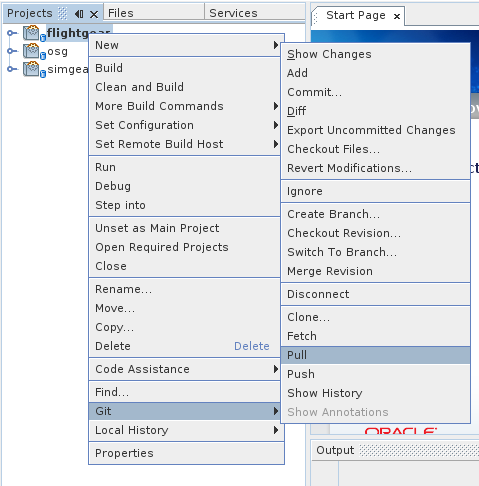 In other words, I think we should also be using these templates here - referring to: http://wiki.flightgear.org/Category:Git_templates --Hooray (talk) 06:34, 24 February 2016 (EST)

Do we have any of the hover pop-up extensions installed? Maybe the best would be to have a link that pops up when the mouse is hovering over the template text? But only when desired, as many usages of the templates at {{repo link/doc related}} are in the context of command line usage (dictated by the fact that everything else around there is command line instructions). The pop up link could then point to a page that has instructions for performing the operation, say 'git clone', with subsections for Linux/Mac command line, Windows command line, and each different GUI tool.