The latest CMake-specific build instructions can be found in $FG_SRC/README.cmake: flightgear/README.cmake. If you encounter any CMake-related bugs while trying to build SimGear and/or FlightGear, please consider filing a bug report here: Issue tracker tickets. If you think the instructions are lacking some details, you are invited to add them as required. Also, if you think that some more specific screen shots would help, please do feel free to upload new screen shots here: Special:UploadWizard. Don't worry if you don't know how to embed these images, you can simply leave a comment on the article's talk page, so that we can update the article accordingly. Thanks!

NetBeans is a multi-platform IDE (integrated development environment) that supports a number of programming languages, C and C++ among them. NetBeans is a highly modular and very powerful IDE with a huge range of features. Go to https://netbeans.apache.org/ in order to download the latest version of NetBeans for your OS/platform. After downloading NetBeans, you'll need to install it.

You need separate folders in which the project build outputs will be created. If you download and create folders according to the build environment in Windows/Linux OS there is nothing new.

After checking out the repository, you'll want to use the NetBeans project wizard to CREATE A NEW PROJECT FROM EXISTING SOURCES for each dependency: 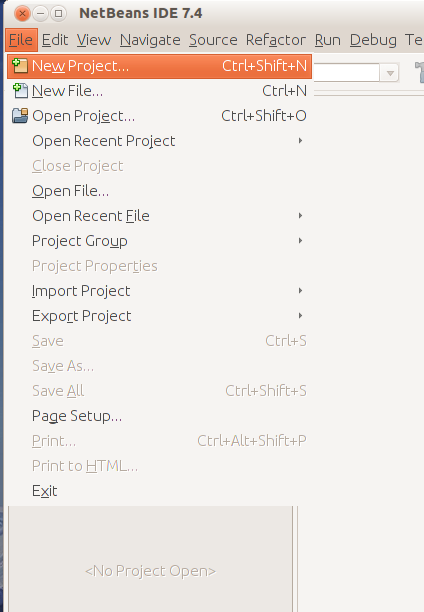 Next, pick "...from existing sources": 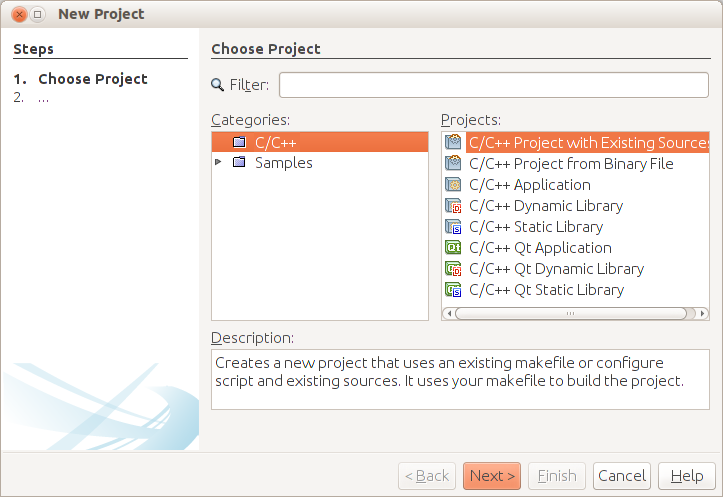 Specify the folder where the checked out sources can be found: 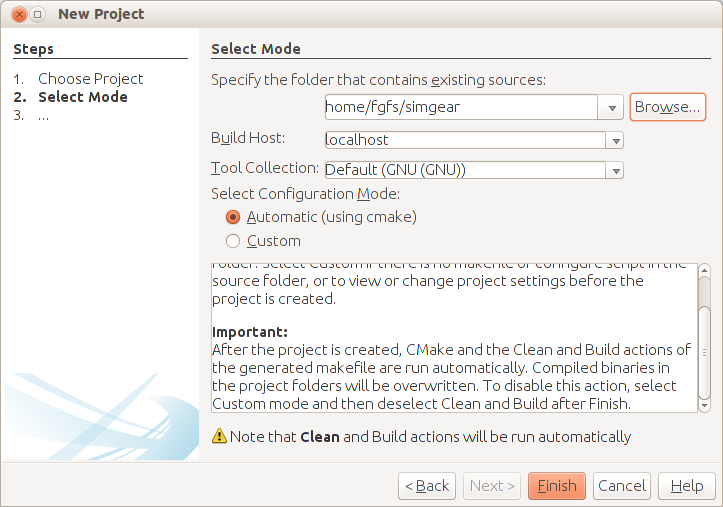 Click Finish. NetBeans will attempt to build the project, which will fail, as no dependencies have been set. Ignore it, the project will still be set-up. Repeat above steps for the simgear code. Finally, you should see all projects neatly structured in NetBeans: 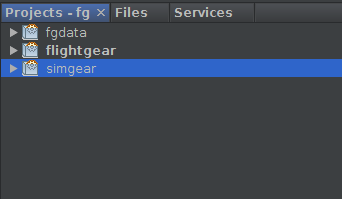 By default, NetBeans will keep on trying and index all your sources, this may slow down the IDE considerably, so it's a good idea to disable this feature if you don't need it (CONTEXT MENU/RIGHT CLICK on project, go to CODE ASSISTANCE and then uncheck the marked entry): 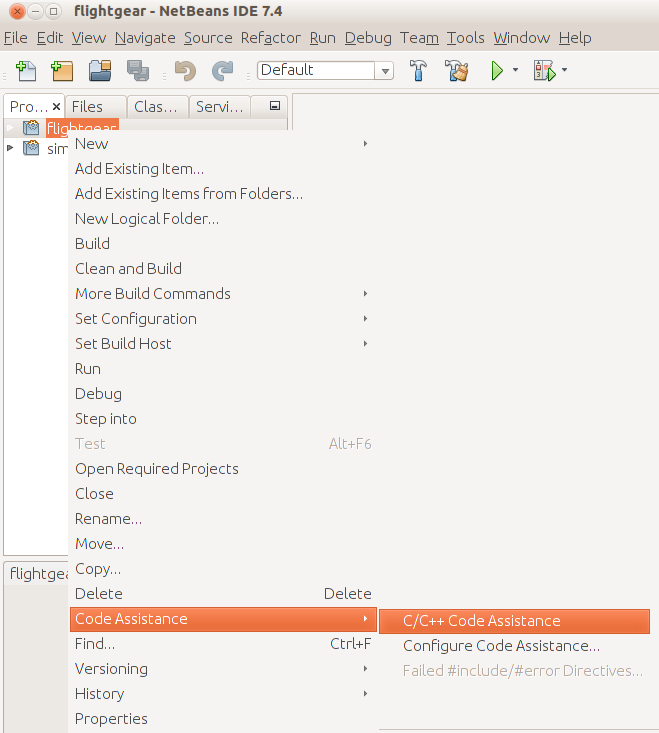 Debugging using Gdb/Netbeans as a IDE

Examplary configuration for easy debugging FlightGear source code inside IDE using GDB as a backend can be configured in various ways. This screens shows how to configure two projects 'simgear' and 'flightgear' to compile with the debug flags inside the IDE and be able to execute it or debug directly inside IDE. This is a great way to extend FlightGear and help fixing bugs for people not very experienced with the GDB commandline interface. It has all features of the debug inside IDE as graphical watches, breakpoints etc.

In order to configure it, this settings has to be set in one user environment in order to successfully compile it and debug. 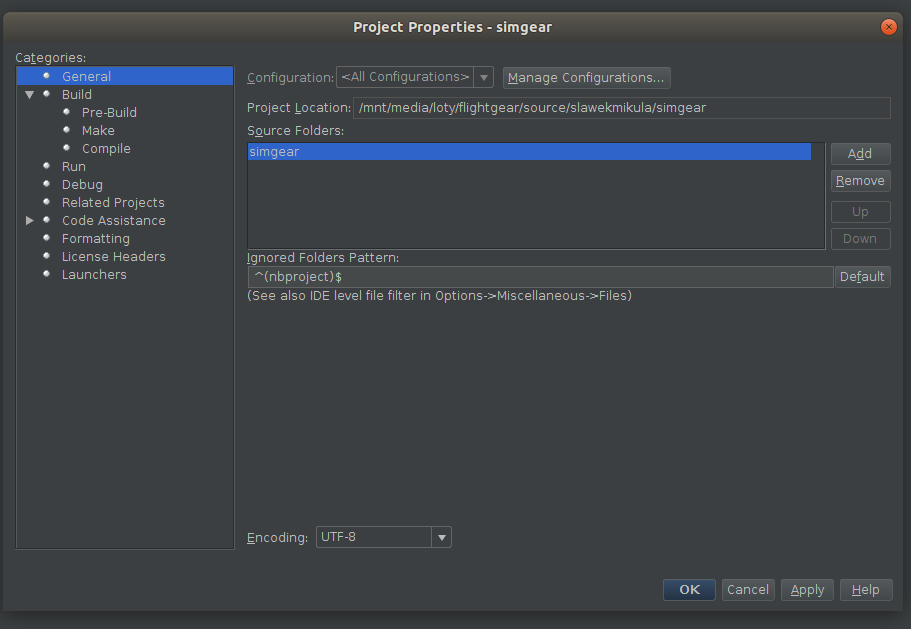 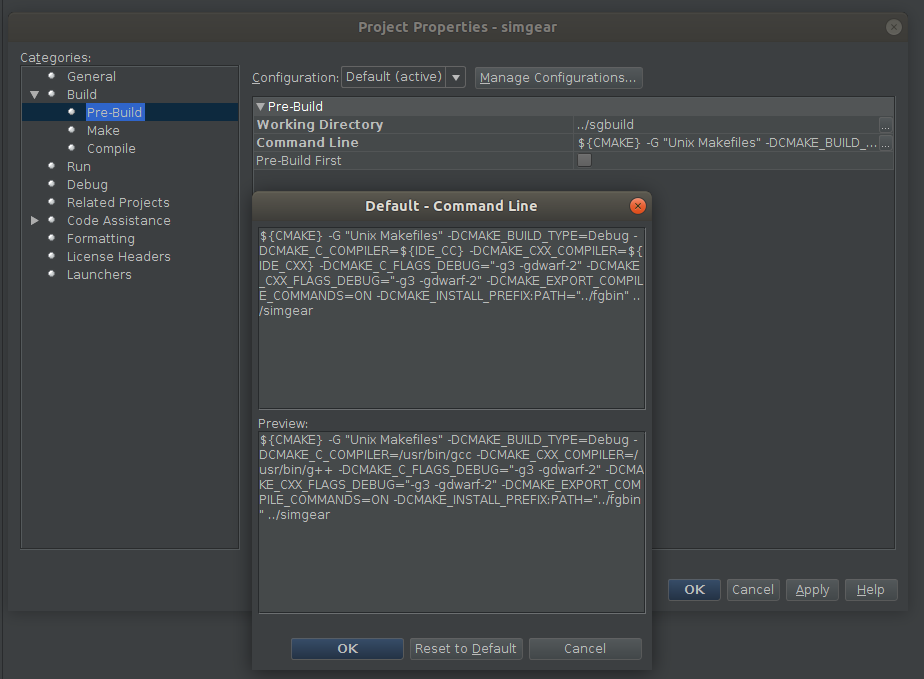 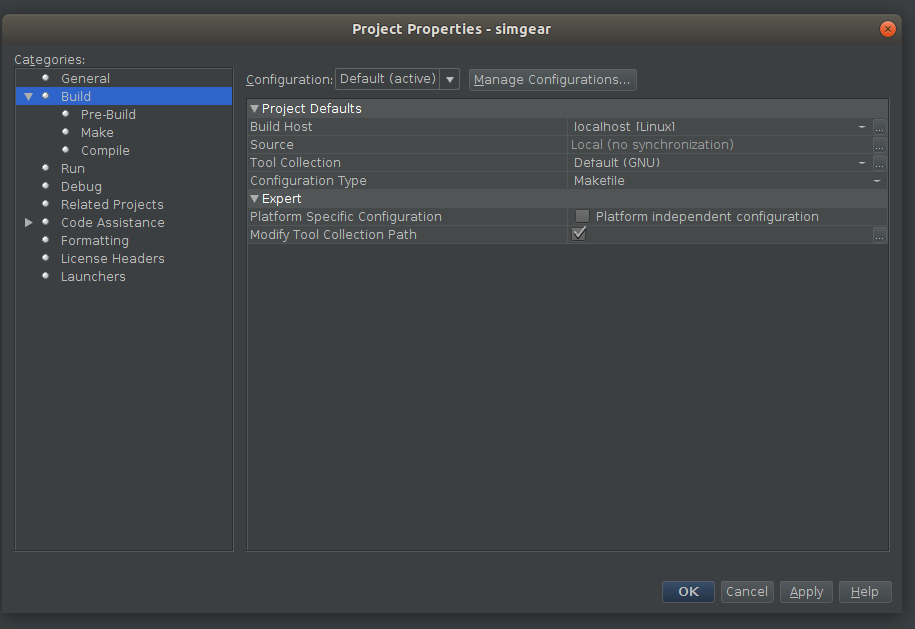 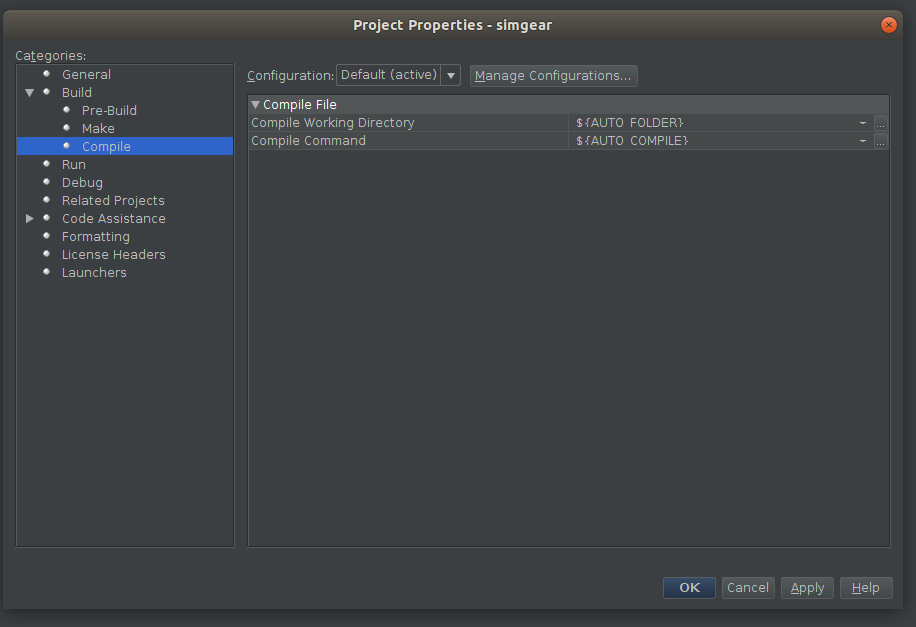 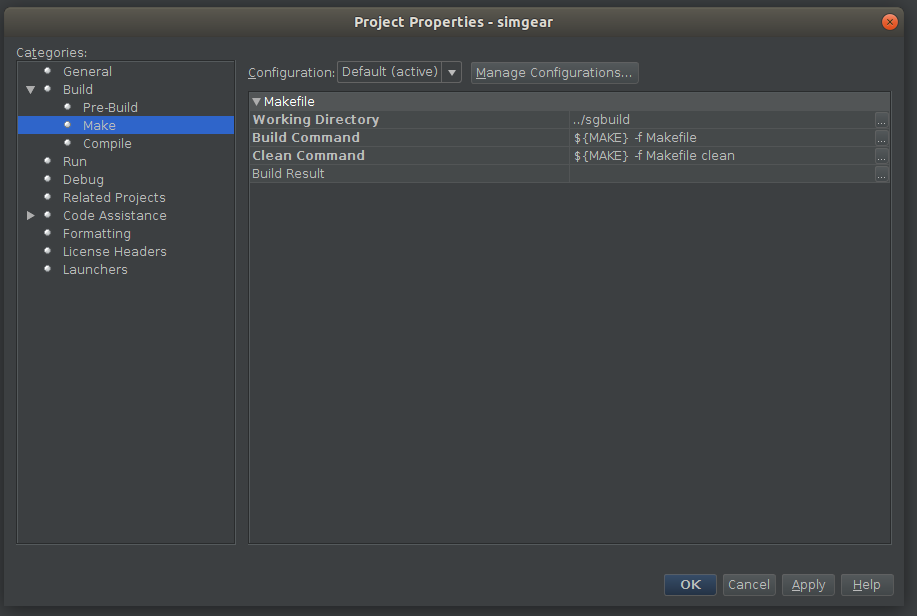 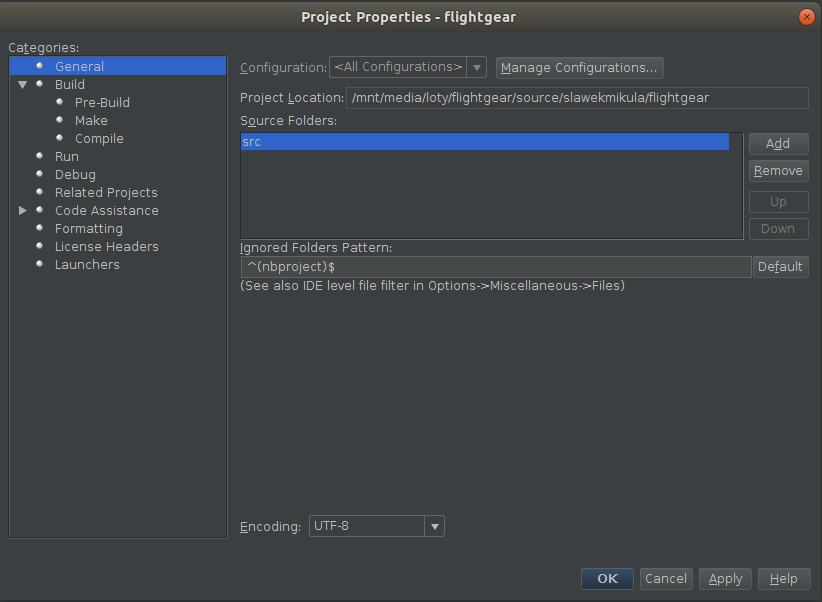 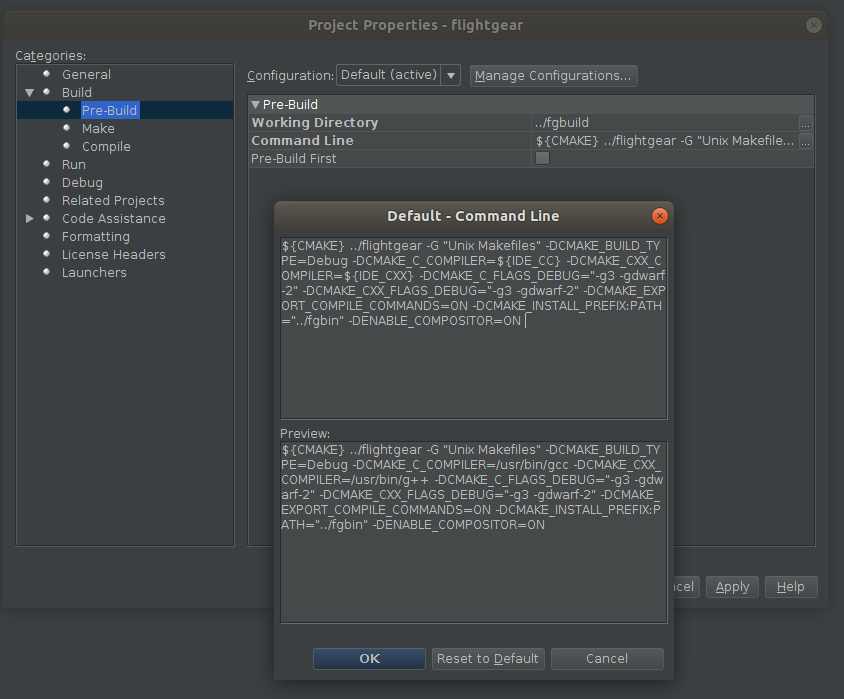 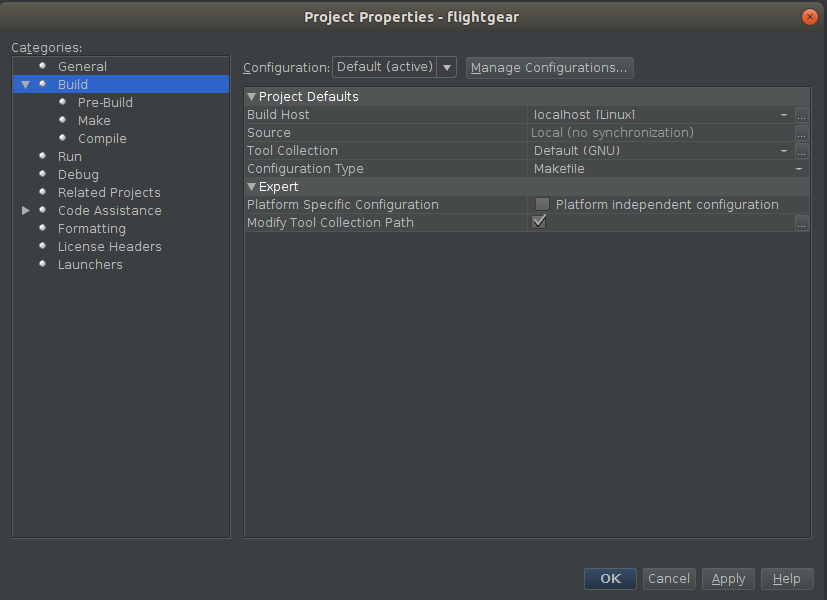 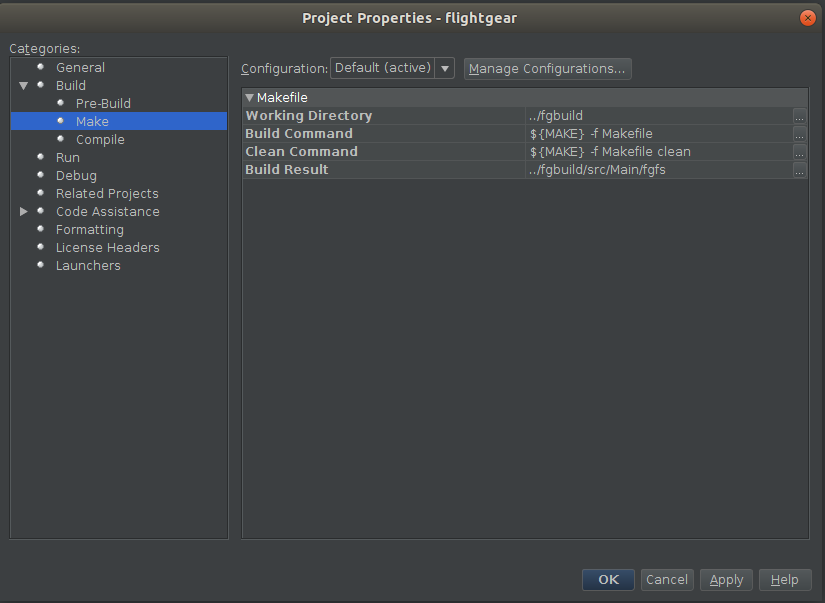 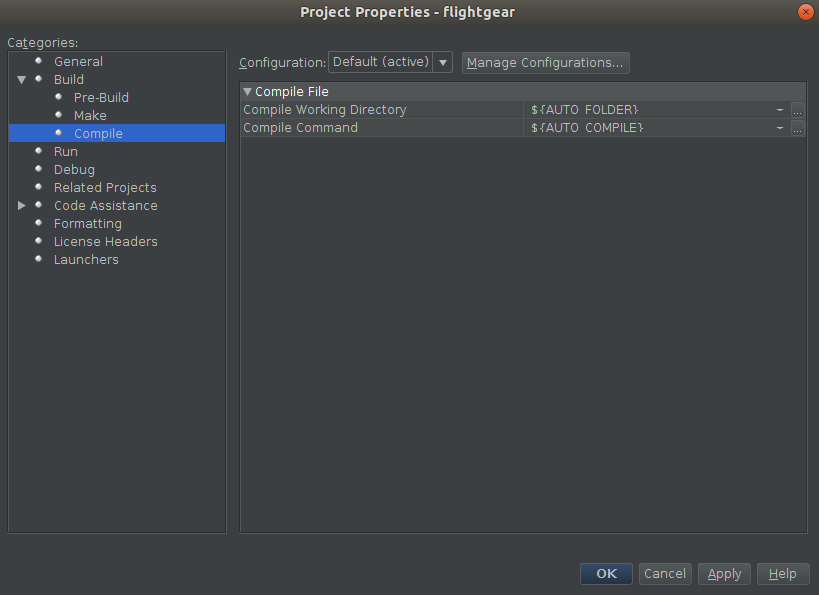 And setting regarding debug and run sessions: 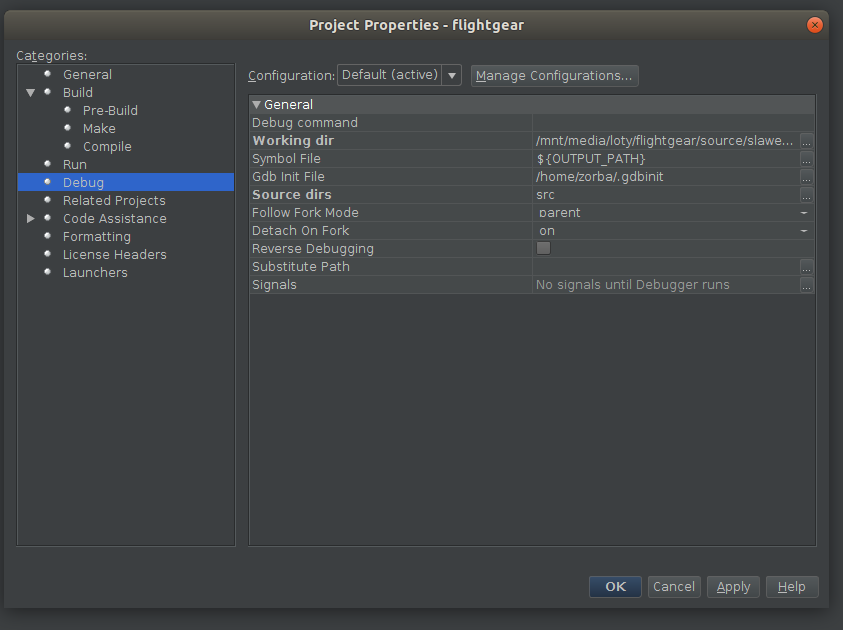 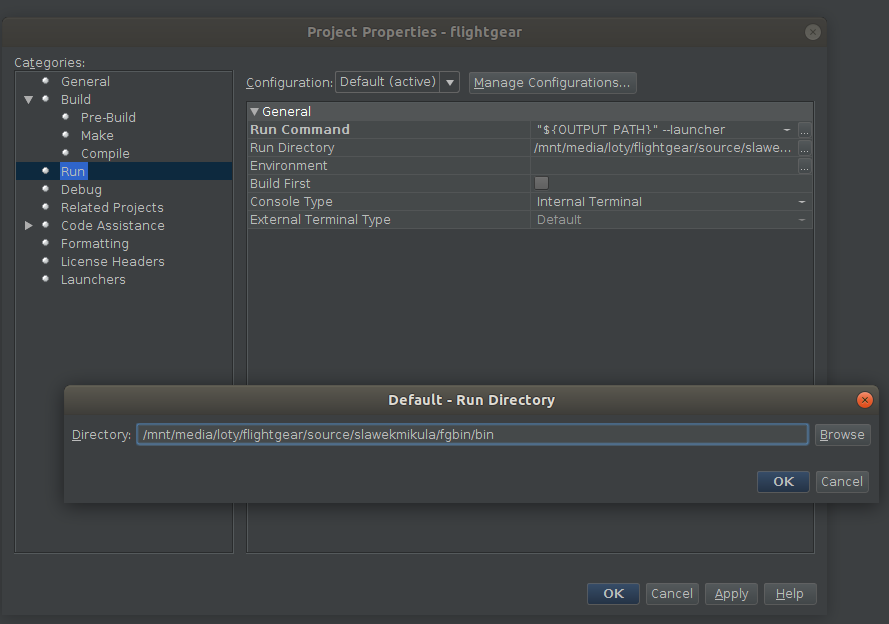 After this settings one can run/debug FlightGear source code inside the IDE :)