A Fokker 50 in the manufacturer livery of Fokker. 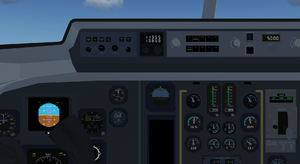 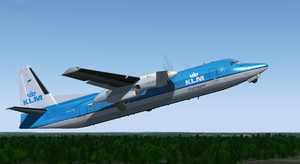 Detail and shading of the Fokker 50 in flight

The Fokker 50 is a turboprop-powered airliner, designed as a refinement of and successor to the highly successful Fokker F27 Friendship.

The Fokker 50 is a bi-engined turboprop powered airliner.

The first Fokker 50 can be seen at the Dutch Aviodrome museum (at Lelystad Airport in the Netherlands).