Cobra in action.
The Developers at Alpha-J's Hangar have started making the Bell AH-1 Cobra. Development is going well and can be tracked here. The Bell AH-1 Cobra is a two-bladed, single engine attack helicopter manufactured by Bell Helicopter. It shares a common engine, transmission and rotor system with the older UH-1 Iroquois. The AH-1 is also referred to as the HueyCobra or Snake. 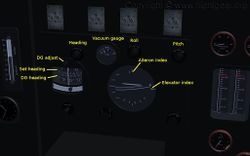 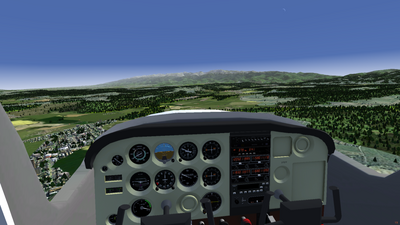 D-79 started modelling EDDM in October and is dedicated to make this the most detailed airport in Germany. So far, both terminals have been modelled, as well as most of the additional buildings on the aprons. One of the most difficult tasks proved to be setting up ground vehicles. But now they're running as an AI scenario of eight busses and trucks. The ground network is also near completion. The AI scenario and the ground network will probably be uploaded to GIT soon, and a first version of all buildings has been sent to Martin of the FlightGear Scenery Database.

Beside the terminal building there is an Aviation Museum containing some aircraft built by the Caproni Factory in early XX century.

The 3D models are available for download at scighera's Homepage and have been issued to Martin for inclusion in the FlightGear Scenery Database.