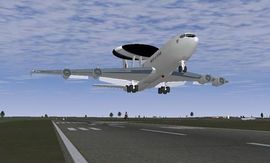 There is currently one variant modeled in FlightGear: