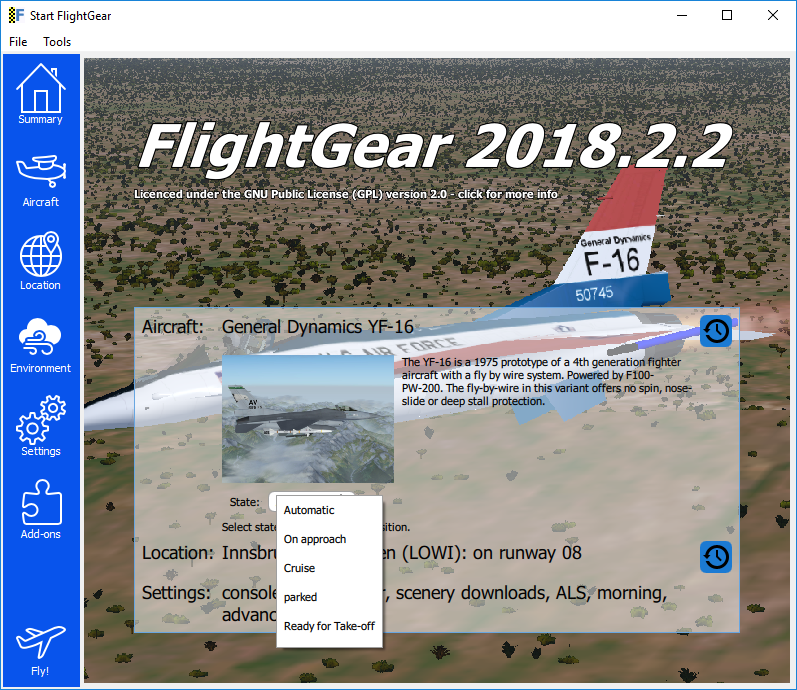 For YASim Piston Prop aircraft, two properties need to be set to have an engine running on startup:

This ensures the engine is turning sufficiently quickly and the magnetos are switched on. You may also want to ensure you have any fuel taps on.

So the following skeleton can be used for runway, cruise and approach overlays

/sim/presets/running=true should set the engines running (see FGJSBsim::init() in FDM/JSBSim/JSBSim.cxx). However, from observation this appear unreliable for reciprocating engines.

The overlay state is written to /sim/aircraft-state, and can be used to trigger autostart in appropriate circumstance (e.g. take-off, cruise, approach)