Howto:Build your own Panel or Cockpit - Prototype for Switch Banks using Microchip MCP23S17 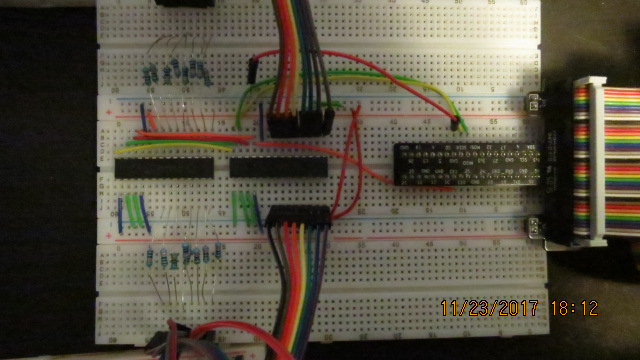 Up to eight MCP23S17 chips can be present on a single SPI Bus. Each chip is given an address in the range 0-7 and individually addressed in the chip's SPI communication protocol. 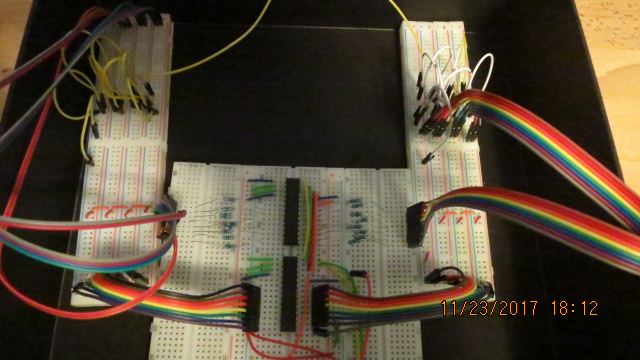 Supply the chips with power: On each MCP23S17

Get ready to throw a lot of switches.

If you are running the test program, you will see "FFFF"

We're going to try two types of wiring for switches:

You can strip the outer covering from the cable or not as you prefer.