The FlightGear development team is delighted to announce that the long awaited v3.2 release of FlightGear, the free, open-source flight simulator has been released on INSERT FINAL RELEASE DATE HERE. This new version contains many exciting new features, enhancements and bugfixes. Highlights in this release include ...

FGCamera v1.0 is available to download. Features of current version:

High mountains, deep valleys, strong winds and sometimes the rain may appear as something like snow. You are at the bhutanese Yongphula Domestic Airport (VQ10) at a height of 2573 metres. After Paro, also this airport has been improved. Besides the Terminal and Apron, shared models and other little things have now been added. TerraSync has it all! Have a nice flight in the Kingdom of Bhutan.

A new template for the B1900D is available in the Paintkits section of the flightgear liveries database website. The template comes in svg format (best used with inkscape) features:

A big milestone has been achieved in the ongoing development of the EF2000, which I (Algernon) have been project managing since branching from the Eurofighter Typhoon project some years back: finally, after a lot of fiddling, a completely computerised Flight Control System which can simulate its real-life counterpart, with surface control fully autonomous and with an autopilot-based processor interpreting pilot input and commanding the system to fly its maximum performance envelope to obey, but not exceed safety or design limits. While a lot of these features are not yet implemented, we have established a working practice for the core system which allows extra elements to be introduced simply and effectively. I have heard it said that FG is incapable of simulating such systems, and I hope here we have proved otherwise, and, a bit self-indulgently, that maybe this will be the first truly fly-by-wire aircraft in FlightGear! (I am of course prepared to stand corrected there...)

Other points being addressed in the V2.0 release are:

Hereby I cossack90 proudly present you a FlightGear logo proposal. I hope you like it. 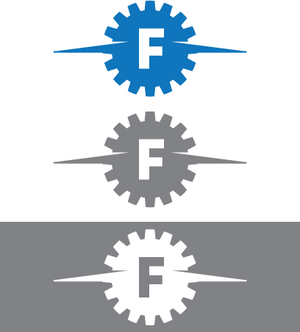 FG logo proposal by Cossack90 aka UR-AOK
Retrieved from "http://wiki.flightgear.org/index.php?title=FlightGear_Newsletter_August_2014&oldid=75730"