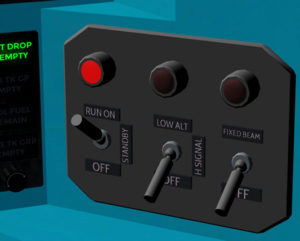 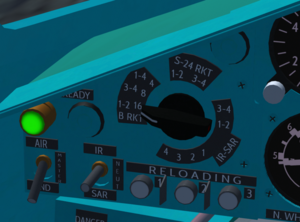 There is a ripple setting for launching rockets. However, please be aware that if the button / keyboard control is only pressed shortly, then only one rocket is released no matter the ripple setting. Therefore: hold down the button the whole time.

Rocket aiming is a lot like gun aiming using the pipper and the fixed net. Rockets basically act like bullets (due to limits in the current implementation).