With just two more weeks to go till the release of FlightGear 2.10, you are encouraged to test the release candidates! These are basically complete releases, meant for testing by a large group of people. Bugs found (and reported!) during these tests have a fair chance getting fixed. Do note that the earlier bugs are reported, the more time we'll have to fix them.

You can download the latest release candidates from our website. Please install it in a special directory, away from your current FlightGear.

Bugs should be reported at our bug tracker, while questions or comments about the release candidate are welcome at our special subforum

James added initial support for state-machines to the XML autopilot code. This expands on the existing stateful flip-flop components, to allow arbitrarily complex collections of states and transitions between them. Each transition is controlled by a usual XML condition, and state and transitions can run arbitrary commands when activated. This system allows high-level control of complex auto-flight modes, without requiring a mixture of Nasal and XML. For example the armed / engaged / disarm states of many auto-flight subsystems (e.g., auto-brakes and auto-spoilers) can be expressed in a way that models the functional description.

Of course the state-machine concept has uses beyond auto-flight systems, for example it could be used to drive GUI dialog logic, but that's left as an exercise for the reader!

James has done a survey of the existing CDU setups, and produced a new version which combines the best parts of most of them - it uses the Canvas for rendering, but has a simple Nasal API for defining new pages and data fields, and for specifying how editing and buttons interact. (The later inspired by earlier work by Claus Christiansen) The code will be published in Git soon, and should be easily adaptable for any Honeywell-CDU equipped aircraft, providing you can compute suitable data values! For Boeing family aircraft the set of pages is quite similar, so the hope is to share some pages between at least the 737NG, 747-400 and any others where the developers wish.

In particular there is separation of the CDU core setup from the page layouts, and those are separated from the field data. This makes development easier (pages and data models can be reloaded easily), but also increases the changes that some aspects can be shared between families of aircraft. 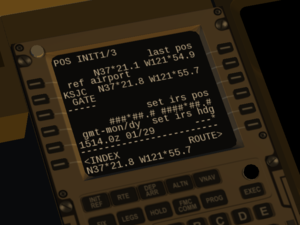 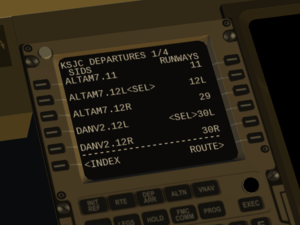 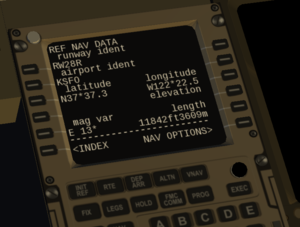 The screenshots above shows a few pages from the 737NG - of the total pages, about 2/3rd now exist in some form, but with many placeholder values until the matching FMS code is developed. Note the font rendering is not quite correct - Yves has generated a better font with proper characters, but there wasn't yet time to include it. But the system already supports both the tradition CRT 'green' appearance and the more modern LCD appearance.

If you're unsure how much a given aircraft's CDU pages overlap with the 737NG, James is happy to help, assuming you have a suitable reference (manual) for your target aircraft. Even the Airbus MCDUs seem to share some concepts with Boeings, for once!

For users with powerful graphics cards, a much improved version of Procedural Texturing of the FlightGear terrain (which is as of now implemented under the Atmospheric light scattering framework) is currently being developed. This generates highly detailed visuals of the terrain seen from close-up (the smallest structures generated are of 1 cm scale), including a gentle bump-mapping, grain overlay and optional sparse-dot noise generated rocks or grass patches. 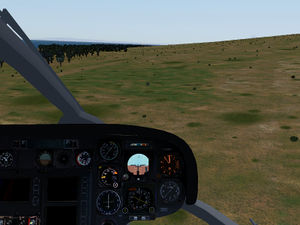 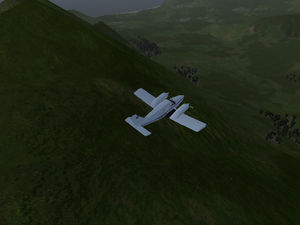 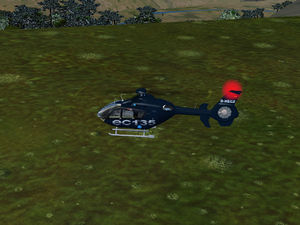 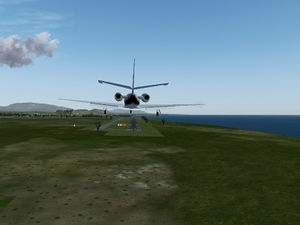 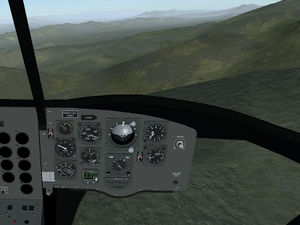 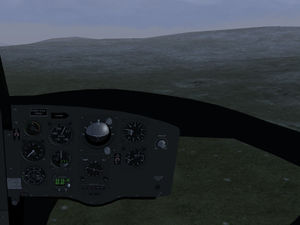 The texturing procedure is easily configurable via materials.xml and combined with regional texturing allows for a much improved experience for low-level flights or helicopter trips away from airfields.

Note that this feature will not be available for the 2.10 release, as it requires still some testing.

The master branch of TerraGear has recently seen more enhancements and cleanup. Most of the functionality has been put into a single TerraGear library for reuse in all tools. Furthermore, all essential parts of the toolchain now support multithreading. The multiprocess support for genapts has been removed in favour of threading as well.

Work continues on the elevation tools. GDALchop has been re-activated and should become the prior tool to chop up elevation source files into buckets. As it relies on the well-established codebase of GDAL, it takes away the task of opening and reading the different kinds of elevation files from the terragear developers. Supported formats can be seen at http://www.gdal.org/formats_list.html

More regional texturing definitions are arriving on GIT! Hawaii has just received an update to make full use of procedural texturing techniques - see Fly Hawaii! for some additional info. Indonesia has arrived on GIT, and the Middle East region is currently being worked on - look forward to some nice variety in scenery in the future. 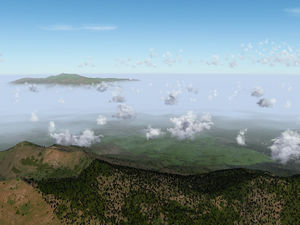 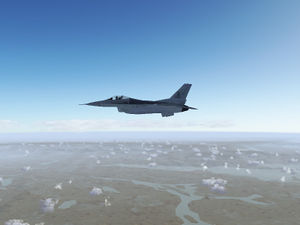 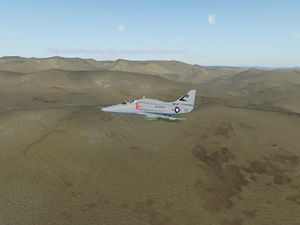 (Other regions having received regional texturing definitions so far include Europe, South American rain forest belt, Iceland and the Caribbean.) 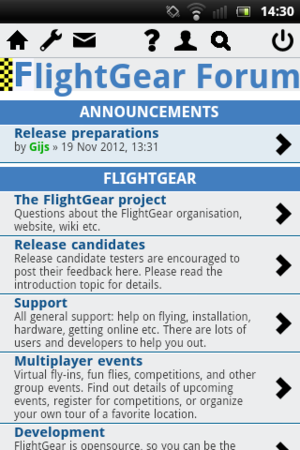 Mobile theme of the FlightGear forum.

To ease the use of the FlightGear forum

on mobile (small screen) devices, a special mobile theme has been created. You should see the mobile theme automatically when you visit the forum on a device with a screen size of 640 pixels or smaller.

The basic layout works, but there are still parts left waiting for optimisation. Therefore, certain features may not be available or might not function properly. You can turn back to the normal layout at any time by clicking a link at the bottom of each page.

FlightGear has a brand new airline, Galaxy Virtual Airlines has now commenced operations created by George9 & Sbyx. They are currently desprate for pilots & help so go and visit their website.