Following our Release_plan, version 2.6.0 of our simulator has been released. Please check the Changelog_2.6.0 for what has changed since our last release 6 month ago.

EmbedVideo was given an illegal value for the alignment parameter "Project Rembrandt at work". Valid values are "left", "center", or "right". 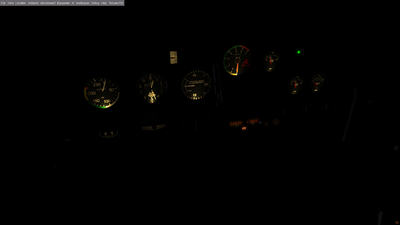 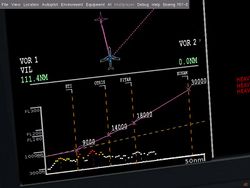 FlightGear never showed ropes during winch launching. Gijs started working on an animated 3D rope, attached to the glider and winch. The cable exist of the following parts: 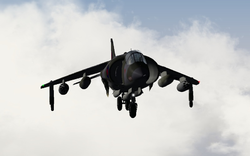 Hawker Siddeley Harrier GR1 is a private project by pjedvaj, it was not intended to replace or update the existing British Aerospace Harrier.

It has a detailed 3D model, animations and RAF livery. Instruments and HUD are fairly authentic. The aircraft has working ADEN guns and basic fuel and weight control. FDM is adapted from the original BAe Harrier, internal and external fuel tank capacities are modified to match the GR.1 version. 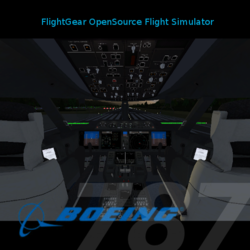 The Boeing 787-8 Dreamliner has already been there in FlightGear for a very long time but then it didn't have many of the 787's features like a realistic glass cockpit and many of the instruments.

The new/updated Boeing 787-8 is a community project that features new JSBSim flight dynamics, Vertical Navigation, realistic 787 glass cockpit, new CDU, Electronic Flight Bag, TCAS, advanced Nav Displays, Vertical Situation Display, Fly-by-wire and a lot of other neat features. It has not exactly been completed and the project is still running.

A view of the Shanghai skyline 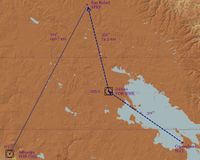 Johan G did a great job categorising all images. All sub-categories are listed under Category:Images. Please note when uploading images that it's important to give the file a descriptive name. That'll make it easier for others to find your file and use it in articles.

A good example comes from Michat who has designed new small logos for Dual Control and Bombable aircrafts allowing you to see at a glance if aircraft has some of those interesting features.