Difference between revisions of "Rheinisches Braunkohlerevier" 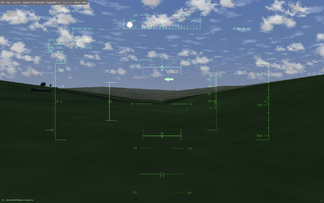 The Rheinische Braunkohlerevier (german for 'lignite region in Rhineland') is an region near Cologne, Germany. A lot of lignite is extracted here and converted to electricity. There are several opencast mines with powerplants next to them.

Since the region is visible from LEO, it is important to represent it properly in FlightGear Scenery. Though some pits were captured by SRTM radar mapping, they aren't to distinguish from usual landscape.

Actually the area is defined by giant pits, artifical hills, lakes as well as huge powerplants with cooling towers and ascent channels.

POI of the region

The industries of that region brought up several world records, some of them are relevant to scenery. For example, the Hambacher Loch is the biggest artifical hole of the world, while the Sophienhoehe is the tallest artifical hill. The biggest excavators of the world are used there, and the tallest cooling tower as well. These things are easily visible from air, so they should become included to FlightGear. File:FGFS-HambacherLoch001.png 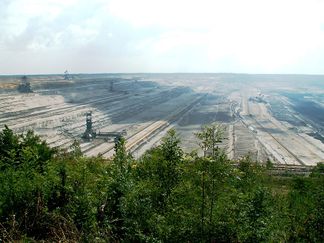 Inside all of them are several Excavators, its appearance is mostly dark, due to the lignite (and its dust). This is not represented by the textures yet, which represent agriculture. 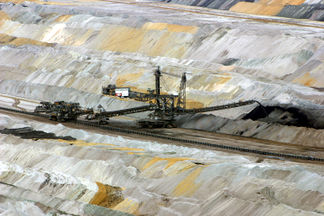 An Excavator respectve a Deployer

TASK: Create the models, place them in their pits. Animate them.

Due to their Ascent and Cooling Towers, powerplants are important landmarks. They huge cooler steam cloud is typically visible from far away.

Task: Create Table for plants (?) Tasks: Model and place the plants among with its periphery