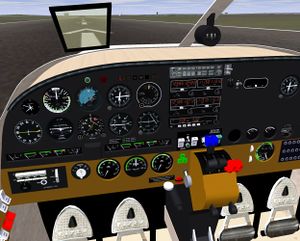 Allmost all controls, switches, gauges and indicators are implemented and functional in the cockpit.