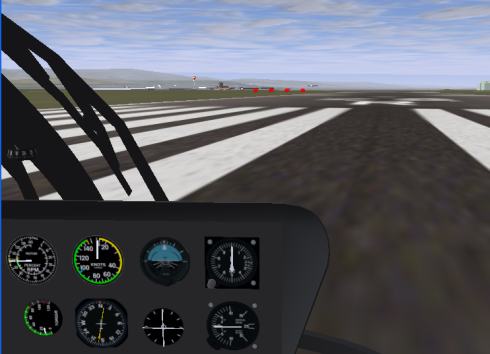 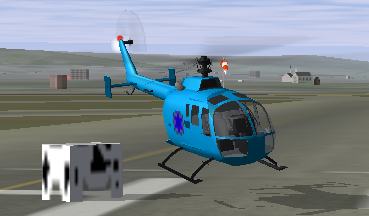 To land the helicopter transition to a hover as described above while reducing the altitude using the collective. Briefly before hitting the ground reduce the rate of descent slowly. A perfect landing is achieved if you managed to zero the altitude, speed and descent rate at the same time (gently). However, such landing are extremely difficult. Most pilots perform a hover more or less near to the ground and then decent slowly to the ground. Landing with forward velocity is easier, however you must make sure you don't land with any lateral lateral (sideways) component to avoid a rollover. As the ground in Flightgear is fairly smooth, this kind of landing is simpler than in the reality. 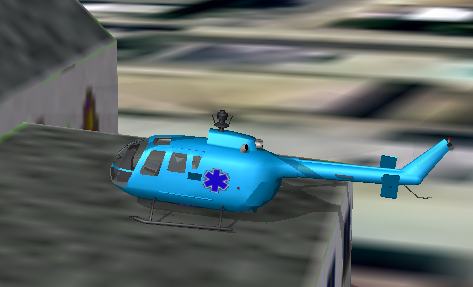 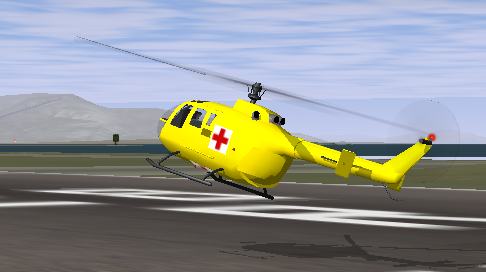