Hooray has been working on a dialog to easily prototype new NavDisplay styles. It is capable of showing multiple NavDisplay instances, which can be controlled and tested independently (using different settings for range, modes, traffic, etc.). The dialog will also reload the styles file (navdisplay.mfd) when it is reopened, meaning that FlightGear doesn't have to be restarted every time changes are made. 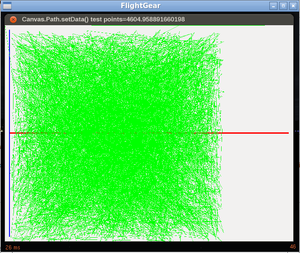