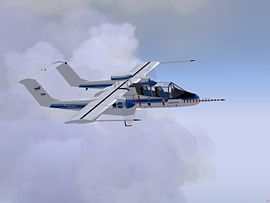 FlightGear Flight Simulator (often shortened to FlightGear or FGFS) is a sophisticated free, completely open-source flight simulator framework, created by volunteers. FlightGear is released under the terms of the GNU General Public License. FlightGear is mostly written in the C++ programming language.

The latest public release is available as a free download at flightgear.org/download/, with specific builds for a variety of operating systems including Microsoft Windows (Win 32), Mac OS X, Linux, IRIX, and Solaris. 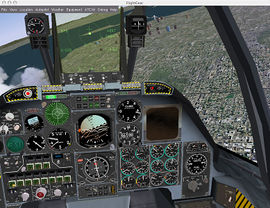 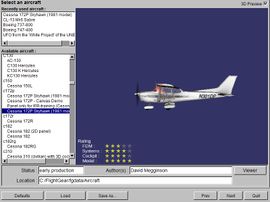 FlightGear started out with an aircraft included in NASA's LaRCsim, a Navion, which was replaced by a Cessna 172 by 2000. UIUC as well as JSBsim development brought several more aircraft with them, as did the development of YASim which have since become the main FDM used in FG. Over 350 aircraft in more than 450 unique liveries, are available for version 2.0.0, although only a few are included in the base package.

FlightGear has been used in a range of projects in academia and industry (including NASA) and even home-built cockpits.