The Colonius is a telecommunications tower in Cologne, Germany. At 266m it is the tallest building of the city and thus a major part of the skyline. 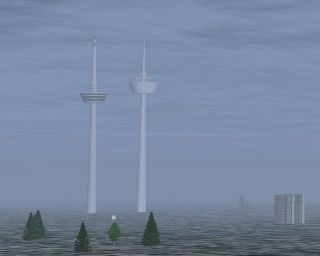 Old and new Colonius in comparison

The tower has been represented in FlightGear for years, but since it was placed several hundred meters to low, only the tip of it was visible. This was noticed after a replacement was created. The new model is much more precise in its geometry, but still untextured.