As of January 20, 2012, there is a somewhat workable terragear branch allowing texmapped line data. It isn't complete, so scenery created with it isn't suitable for inclusion for terrasync, etc. (lakes are not flattened, shared edges db isn't honored, need new materials, etc)

Work is being tracked on the forum here: reworked fgfs-construct

It'll be a couple more months of adding in the rest of the features from the original fgfs-construct, and fixing some known errors in both construct, and the 850 parser. When complete, I hope to get this branch building on Jenkins, so people can begin testing it.

I've been working on this a couple weeks, and am now on the third attempt. I get better ideas each time, and start over. My guess is I'll need another 2 or 3 iterations to get something working. I'm creating this page to document my thoughts and ideas. It can also be used for feedback. Because of the large amount of changes to TerraGear required, I expect this will be a long-term project. 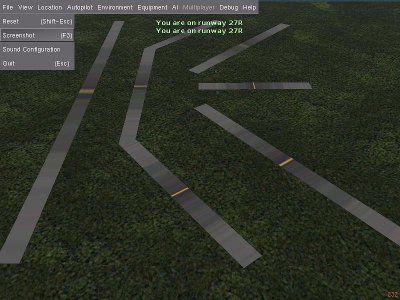 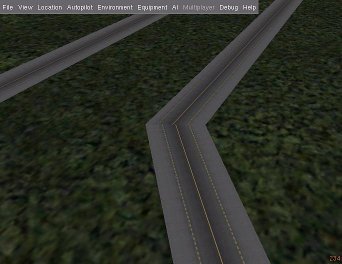 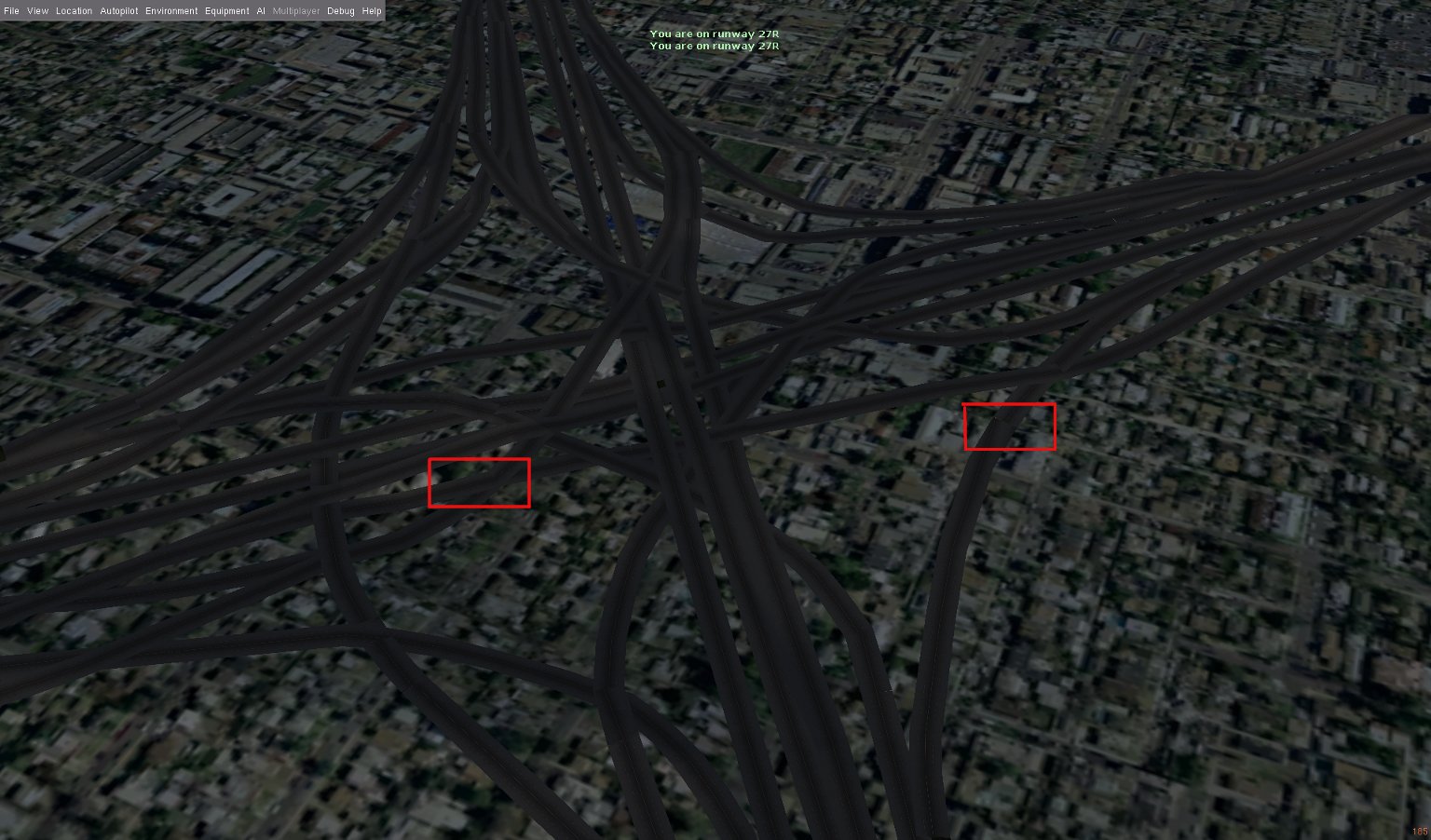 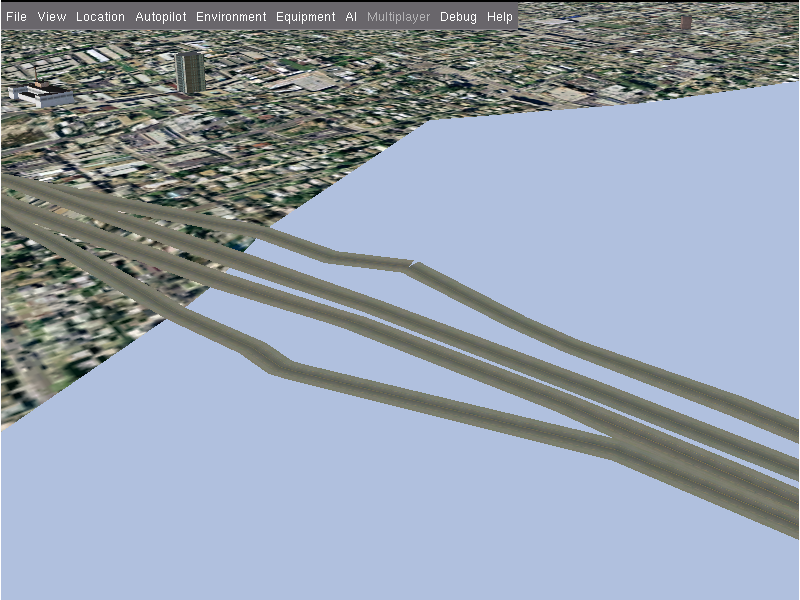 After debugging, I found that I was most likely hitting a hardcoded maximum triangles / fans in simgear. If I limited the number of triangles output, the ground would appear, and the roads would disappear. Instead of looking for the hardcoded limit, I set my next priority to line data simplification. Using GRASS, this is a relatively straightforward process. I'm reducing the number of verticies in the osm_motorway shapefile by 50% for the rest of my testing. 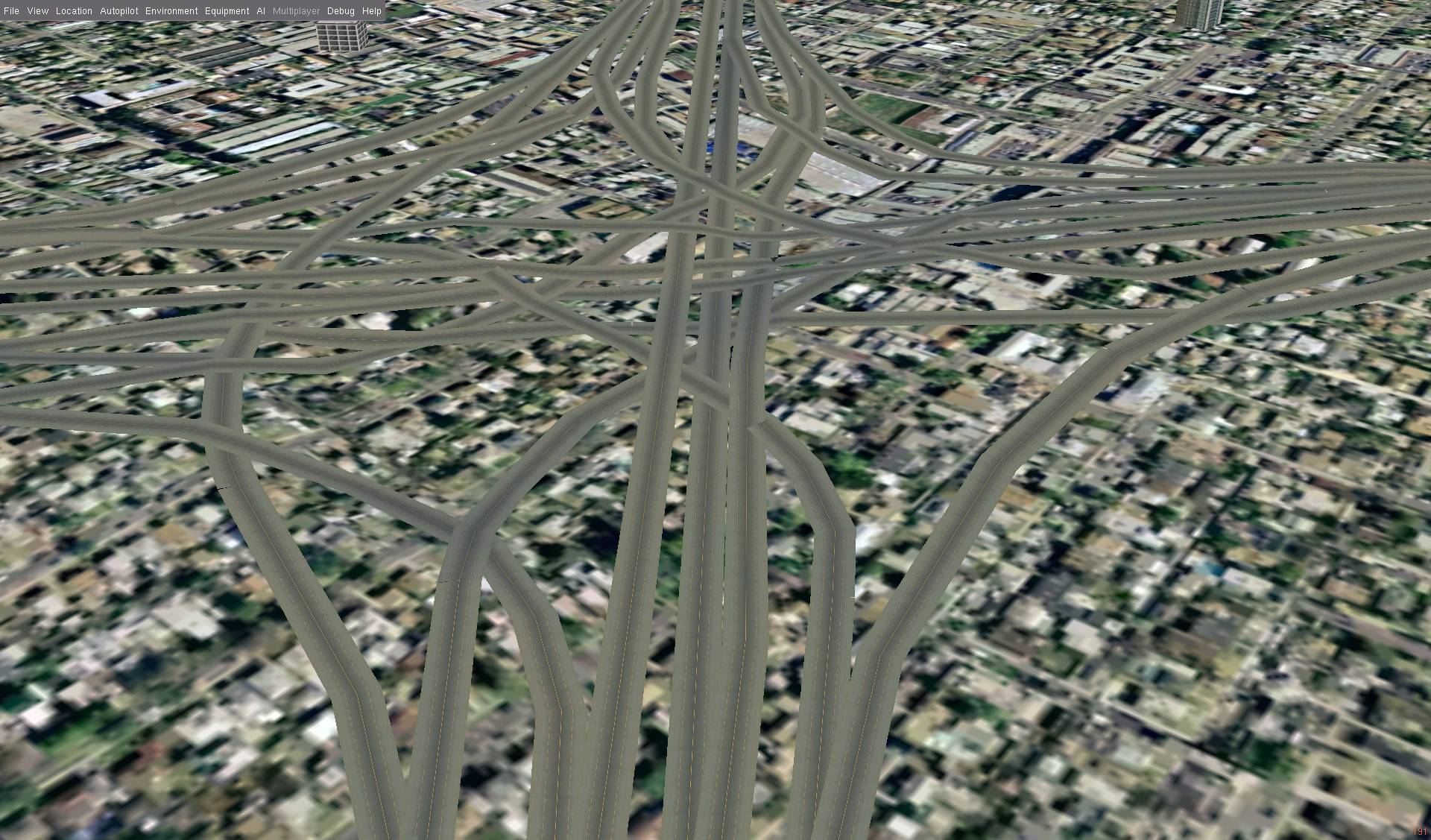 As you can see, the textures flow better now (no more left side error above).

I've created a newconstruct branch in the official terragear-cs repository on gitorious. newconstruct branch(missing repository). This contains the completed results of my experimentation. The hardcoded limit for the number of indices has been commited to simgear, and using the clipping / triangulation method from genapts has pretty much fixed all of the problems I had previously. All road polys are correctly textured (no more default textured triangles). I still see (very rarely) missing triangles, especially when one road merges into another with a small angle between them. My guess is that one of my cleanup routines is removing the poly. This happens very rarely, however. The original tests were erformed with just OSG motorway, and needed simplification in GRASS before the results were good enough. Now, I can bring in motorway, trunk, primary, secondary, and tertiary without problems. ( I even tried residential for laughs - it worked on some tiles, but not all. the frame rate hit of an extra 40-50 thousand road polys per tile, though, brought my computer to it's knees :) )

This has been very difficult. I'm getting very bad results. It looks like sometimes, the endpoint of a line can also be the endpoint of a line in the opposite direction. This leads to crazy looking triangles.
I have moved my focus from the use of ogr-decode to generate the polygons to a custom grass module. (mostly because by the time I have anything working good enough to merge, Terragear will have moved beyond ogr-decode...)
Wow - looked at v.buffer which generates polygons from line data. just using a stripped down area of the Atlanta area with OSM_Motorway data. It's been chugging away for almost a full week. I can't wait to see what it looks like :)
Note: be very careful selecting distances with v.buffer. I chose way too large. The following screenshot shows .0001 (blue) and .0005 (red). These took <1 minute to generate. 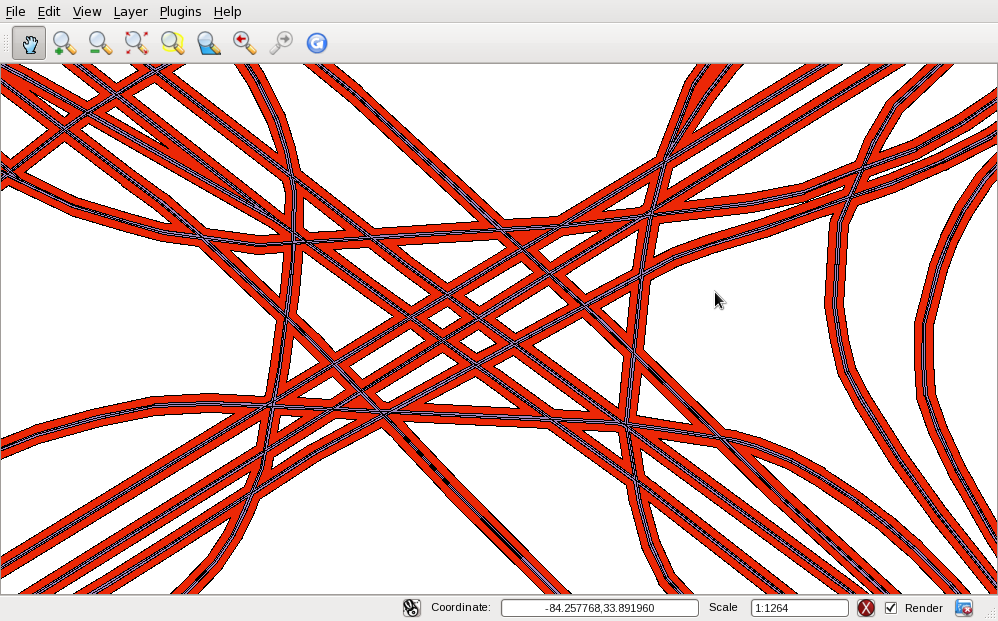 This is the result of 15 days of chugging on my first attempt - this is zoomed way out, and contains all the road data for atlanta :) 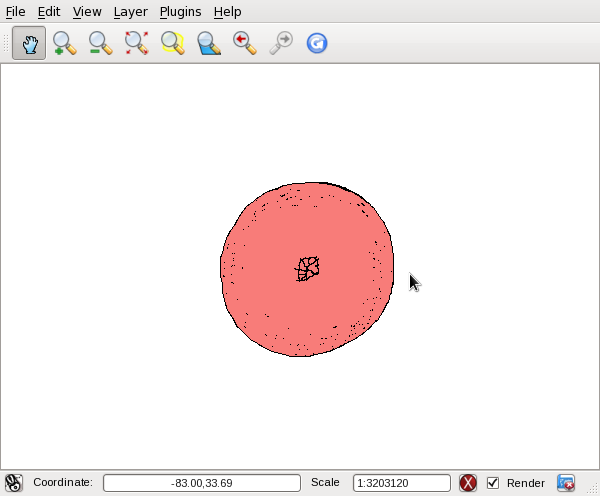 update - using the genapt methods, I clean polys, and only import 'unique nodes' based on their proximity. So, they snap together. This has greatly improved the continuity of coneected line segments.

update - Martin has updated his scripts, so I should be getting lot's more line segment attributes.