This is the original material for the CPDLC proposal, published and edited in the run-up to the Virtual FSWeekend Hackathon 2020, followed by the delivered results. It contains outdated/wrong information. 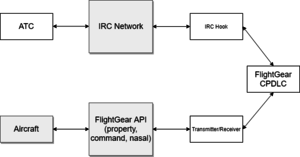