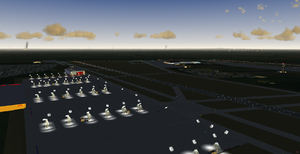 Apron 4 and runway 26L at night
The northern runway is 3600m long with a width of 45m. In real life its usually used by passenger airliners

The southern runway is 3600m long with a width of 60m. In real life its mostly used by freighters due to its proximity to freight areas (Apron 2 and 4) 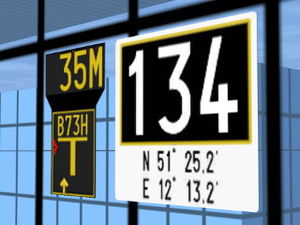