In 2012, the Spanish community of FlightGear at Vive FG! began a project to enhance the scenario of the Iberian Peninsula. This included an enhancement of the terrain, that was still low detail at the moment the project started, new layouts for many airports and hundreds of objects spread all over the geography.

The goal of the custom Iberian scenery was to greatly improve the World Scenery 1.0.0 available at the time for the Iberian Peninsula. Specifically:

Terrain files for the whole Iberian Peninsula are no longer necessary but some minor improvements are not yet in TerraSync: Airports that depend heavily on the elevation (for example, LEPO), airports already sent to the X-Plane community (for example, LEMG or LEST) after the scenery 2.0 was built, hundreds of buildings everywhere we are still uploading to TerraSync and even some non-free buildings and airports such as Ibiza-LEIB or Valencia-LEVC.

Most of the buildings and airports are free and can be downloaded from TerraSync.

Some of the changes that are not yet in Terrasync can be dowloaded from: https://mega.nz/file/0MAQVS5A#NvPp639hXgJj1mtTMAyxVIfjr9Q4Vz5aJGvQ4mVKbdM Unfortunately, the authors of a few of the airports did not release the buildings under an open source license. Hence, consider all buildings and textures in the project as private, and use the versions submitted to TerraSync for your opensource projects.

As a result of the project, dozens of airports were modeled. This includes large international airports, such as Madrid (LEMD) and Barcelona (LEBL), medium-size regional airports such as Reus (LERS) or Cordoba (LEBA), small airfields for general aviation such as San Luis (LESL) or Cerdanya (LECD) and tiny airfields for ultralight aircraft, such as Alfés (LEAT) 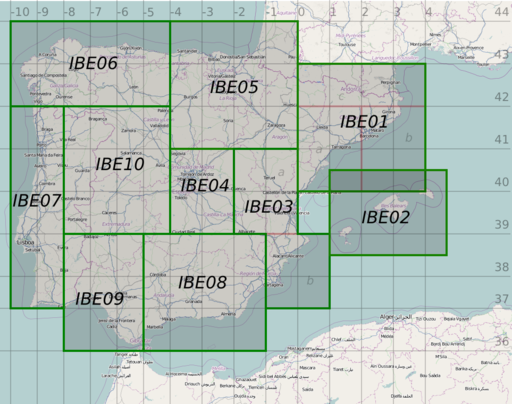